Massimo Franceschetti, a professor of Electrical and Computer Engineering at the University of California San Diego, has been awarded a 2019 Guggenheim Fellowship. The fellowship is awarded by the John Simon Guggenheim Memorial Foundation to individuals who have demonstrated exceptional capacity for productive scholarship. Franceschetti was the only fellow nominated this year in the category of Natural Sciences: Engineering.

Prof. Franceschetti’s work focuses on the mathematical foundations of engineering systems, with applications to networks, control, computation, communication, and sensing.

His latest research is at the intersection of electromagnetic and information theories. The main objective of this work is to uncover the fundamental limits of communication and sensing by merging the theory of information with the physical aspects of the wave propagation process. This approach is described in his recent book entitled Wave Theory of Information, published by Cambridge University press in 2018, and it is at the basis of what he plans to pursue under the Guggenheim award.

Although largely theoretical, this work has applications in a wide range of areas including communications, leading to a better understanding of the limits of massive multi-antenna systems and high frequency communications; remote sensing, leading to a better understanding of image resolution limits; and safety-critical networked control systems, including autonomous navigation and robotic systems.

Francescetti said that the $50,000 award “will give me the freedom to pursue research that would be otherwise difficult to do within the context a traditional grant-funded projects or other consulting activities. It will also allow me to travel more extensively to pursue collaborations and give lectures in different institutions.”

Some previous UC San Diego recipients in the scientific categories include: mathematician Kiran Kedlaya (2014), computer scientist Russell Impagliazzo (2004), mathematician Ruth Williams (2001) and physicist Terence Hwa (1999). In Electrical Engineering at UC San Diego, Franceschetti is the first to be awarded a Guggenheim Fellowship since the late prof. Jack K. Wolf in 1979.

Franceschetti’s contributions to the theory of wave propagation and multiple scattering were recognized by the S.A. Schelkunoff Transactions prize paper award from the Antennas and Propagation society of the Institute of Electrical and Electronics Engineers (IEEE).

His work on stochastic geometry and random graphs for the analysis and design of wireless networks was recognized by the IEEE Communications society best tutorial paper award; while his work at the intersection of control and communication was recognized by the Ruberti young researcher prize of the IEEE Control Theory Society, awarded for “contributions in physical and information-based foundation of networked control and communication systems.”

Franceschetti co-authored a book on random networks for communication, which was published in 2007 by Cambridge University press, and was elected Fellow of the IEEE in 2018 for “contributions to random wireless networks.” He also received a National Science Foundation CAREER award in 2006 and an Office of Naval Research Young Investigator award in 2007.

Some of his recent research interests include the study of dynamical systems of agents interacting over networks, used to model social interactions between individuals as interacting particle systems. In two papers (one / two) co-authored with one of his graduate students he gave rigorous solutions for the two-dimensional version of a model of social segregation originally introduced by Nobel laureate Thomas Schelling in 1969.

He also studied the spreading of emotions in on-line social networks by analyzing data from millions of users in a collaborative project with Facebook. Results from this big data effort were published in two papers which received considerable attention in the media (BBC, NBC, Wall Street Journal). In contrast to previous studies where researchers secretly changed news feeds of some users in order to study their reaction, this study was based on a novel, non-invasive technique that was transparent to the users.

Franceschetti received most of his undergraduate education in Italy, where he attended the Electrical and Computer Engineering program of University Federico II of Naples, Italy, with a one year stint in Scotland, at University of Edinburgh, where he took courses in the Computer Science Department as part of a European exchange program.

He graduated from University Federico II of Naples in 1997, and then moved to the United States to attend graduate school at the California Institute of Technology. There, he received a M.Sc. in 1999 and a PhD in 2003 in Electrical Engineering. While at Caltech, his distinctions included receiving the Walker von Brimer award for outstanding research initiative in 2000, and the C. H. Wiltz prize for best PhD thesis in Electrical Engineering in 2003.

In the course of his career, he also held visiting positions at the Vrije Universiteit Amsterdam, the Netherlands, the Ecole polytechnique federale de Lausanne, Switzerland, and the University of Trento, Italy. 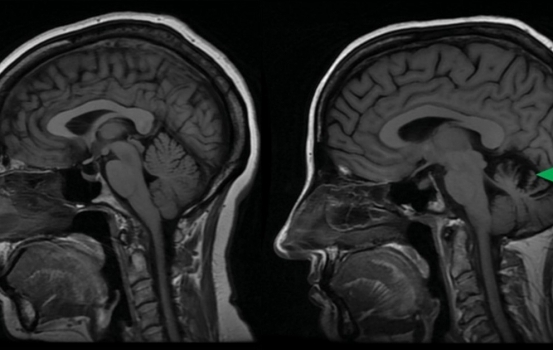