Responding to President Barack Obama’s “grand challenge” to chart the function of the human brain in unprecedented detail, the University of California, San Diego has established the Center for Brain Activity Mapping (CBAM). The new center, under the aegis of the interdisciplinary Kavli Institute for Brain and Mind at UC San Diego, will tackle the technological and biological challenge of developing a new generation of tools to enable recording of neuronal activity throughout the brain. It will also conduct brain-mapping experiments and analyze the collected data. 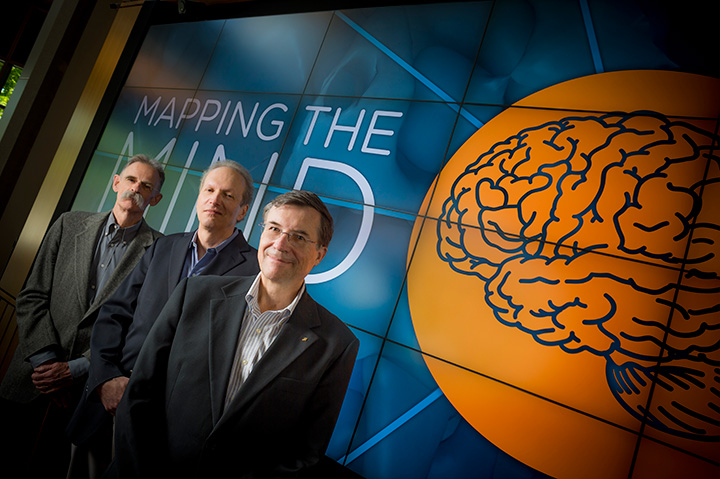 Ralph Greenspan–one of the original architects of a visionary proposal that eventually led to the national BRAIN Initiative launched by President Obama in April–has been named CBAM’s founding director.

UC San Diego Chancellor Pradeep K. Khosla, who attended Obama’s unveiling of the BRAIN Initiative, said: “I am pleased to announce the launch of the Center for Brain Activity Mapping. This new center will require the type of in-depth and impactful research that we are so good at producing at UC San Diego. We have strengths here on our campus and the Torrey Pines Mesa, both in breadth of talent and in the scientific openness to collaborate across disciplines, that few others can offer the project.”

Greenspan and Sejnowski will join Todd Hylton of the Brain Corporation and Anthony Lewis of Qualcomm in a discussion of the BRAIN Initiative and what it means to the future of science, innovation and patients.

Greenspan, who also serves as associate director of the Kavli Institute for Brain and Mind at UC San Diego, said CBAM will focus on developing new technologies necessary for global brain-mapping at the resolution level of single cells and the timescale of a millisecond, participate in brain mapping experiments, and develop the necessary support mechanisms for handling and analyzing the enormous datasets that such efforts will produce.

Brain-mapping discoveries made by CBAM may shed light on such brain disorders as autism, traumatic brain injury and Alzheimer’s–and could potentially point the way to new treatments, Greenspan said. The technologies developed and advances in understanding brain networks will also likely have industrial applications outside of medicine, he said.

“An essential component of the center will be its close relationships with other San Diego research institutions and with industrial partners in the region’s hi-tech and biotech clusters,” said Nick Spitzer, distinguished professor of neurobiology and director of the Kavli Institute for Brain and Mind at UC San Diego. 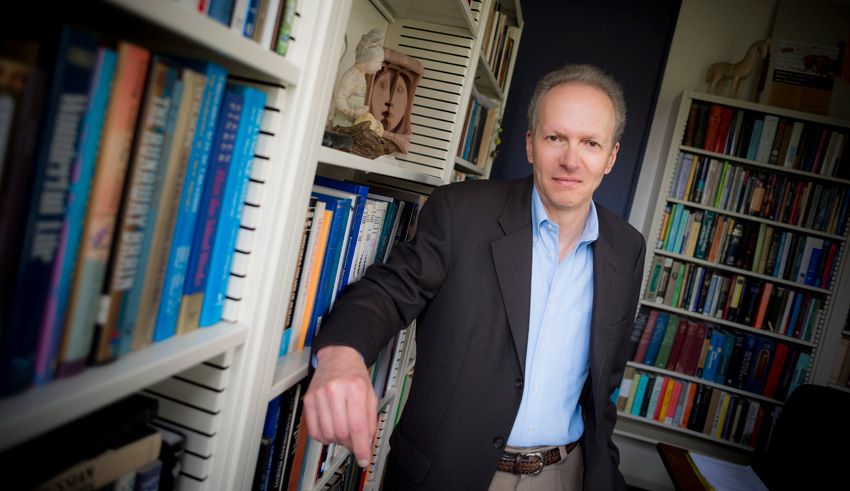 Beyond bringing researchers together, the center will seek the resources to support specific projects. Some of these projects will likely build on existing research at UC San Diego while others will be brand new, growing out of the novel collaborations that CBAM will encourage and nurture.

The center aims to compete for national grant funds but will also seek to pursue projects with the help of philanthropists and industry partners.

Administratively, CBAM will be part of the interdisciplinary Kavli Institute for Brain and Mind. Calit2's Qualcomm Institute at UC San Diego will support CBAM with some initial space for collaborative projects.

Greenspan will soon assemble a director’s council, to help guide the center’s scientific program, and an advisory board, to assist on general strategy and fundraising.

Greenspan authored the proposal for CBAM with Spitzer and Terry Sejnowski, director of UC San Diego’s Institute for Neural Computation, who holds joint appointments with UC San Diego and The Salk Institute.

The trio identified the center’s immediate goal as preparing CBAM to compete effectively for federal BRAIN initiative funding. Activities will include, for example, topic-oriented meetings and workshops to identify potential project areas.

Medium-term goals include providing seed-grant support for specific projects, building strong ties among scientists from the different relevant disciplines, and creating an outreach program. The center will also seek dedicated space on campus.

In the long term, CBAM hopes to create an endowment for stable support of the most promising projects and to facilitate the formation of new start-up companies.

“We have the capability and the atmosphere here to make some major advances on the BRAIN Initiative,” Greenspan said. “We are among the best-positioned places anywhere to make a significant contribution to the president’s challenge.

“We invite members of the scientific and philanthropic communities – here in San Diego and further afield,” he said, “to join with us on this vital quest.”