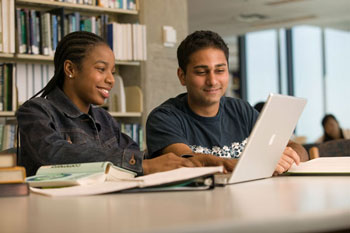 UC San Diego is the 5th most popular school in the nation for college applicants, according to U.S. News & World Report.

The University of California, San Diego is the 5th most popular school in the nation for college applicants, according to U.S. News & World Report, which recently released the list of colleges and universities with the highest level of applications for 2010.

For Fall 2010, UC San Diego received 62,323 applications and the university received even more applications for Fall 2011. A record 70,474 freshman and transfer students applied, the second highest number of applications received by a UC campus.

“Our campus continues to attract students with outstanding academic qualities, and diverse backgrounds and experiences,” said UC San Diego Chancellor Marye Anne Fox. “In only 50 years, UC San Diego has earned a well-deserved reputation for stellar students, staff, faculty and alumni. Our ideal location helps to make this a great place to be.”

In the U.S. News survey, UC San Diego was among the top 10 colleges that received an average 48,849 applications, which is more than eight times larger than the national average. Seven of the top 10 universities on the list are located in California.

Of the 1,311 schools that reported application data in the annual survey conducted by U.S. News, the average college received 5,948 applications for Fall 2010 admissions—an increase of more than 400 applications from the year before.

For the full U.S. News list, go to:   10 Colleges That Receive the Most Applications.