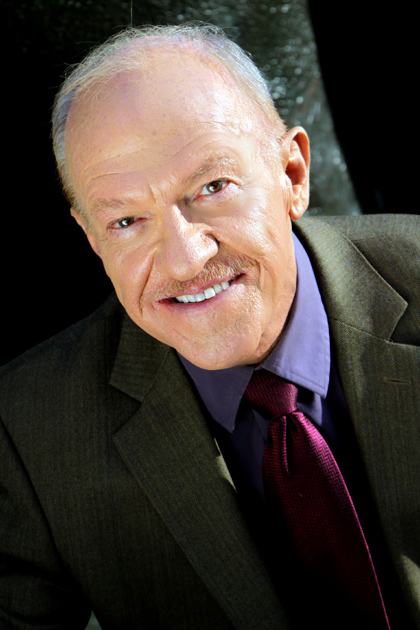 Wayne Cornelius first fell in love with Mexico in 1962 as a small-town Pennsylvania high schooler. It was his first trip abroad (first time west of the Mississippi, actually), and he “got hooked,” he says, on the country, its people, history, food and music. Now, the social scientist who founded UC San Diego’s Center for Comparative Immigration Studies, as well as Center for U.S-Mexican Studies, has been honored with Mexico’s highest award for foreigners: the Order of the Aztec Eagle.

The Mexican equivalent to the French Legion of Honor or the U.S. Presidential Medal of Freedom, the Order of the Aztec Eagle recognizes foreigners and foreign heads of state for service to Mexico or humankind. Recipients have included Nelson Mandela, Ted Kennedy, Bill Gates and Queen Elizabeth II.

In addition to Cornelius, this year’s recipients of the Aztec Eagle award are: nationally televised chef Rick Bayless, who specializes in Mexican cuisine, and Deborah Szekely, founder of Rancho La Puerta in Tecate.

President Felipe Calderón announced the honorees on the Mexican government’s official registry, Diario Oficial de la Federación, citing Cornelius “for his work of more than five decades to achieve greater and better understanding of Mexico in the United States.”

Calderón noted the longtime UC San Diego professor’s research, which “has influenced the manner in which shapers of opinion and decision-makers in the United States perceive the Mexican reality,” the centers he founded at UC San Diego, and his 38 years of teaching about Mexico.

Distinguished professor emeritus of political science and the Gildred Professor of U.S.-Mexican Relations, emeritus, Cornelius has been teaching at UC San Diego since 1979, when he was recruited away from MIT to start a center for the study of Mexico and U.S.-Mexican relations. He is currently director of undergraduate programming for the UC-wide Global Health Institute and a faculty member in the Division of Global Public Health at the UC San Diego School of Medicine.

He continues to mentor students and postdoctoral fellows in a variety of disciplines. And he continues to direct the Mexican Migration Field Research and Training Program (MMFRP) for graduate and undergraduate students, which he started in 2004. 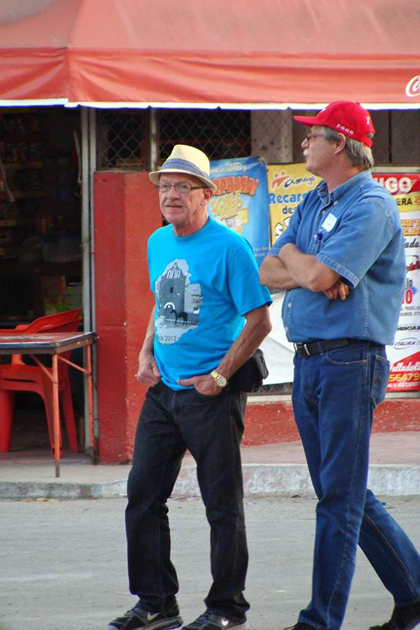 Now heading into its ninth year, the MMFRP has nearly 300 alumni. Cornelius describes the three-quarter program, which gives students an opportunity to gather their own survey and ethnographic data through fieldwork in Mexico and in Mexican immigrant populations in California, as “unique, in the UC system and nationally.” He also calls it his “legacy program at UCSD.”

“I got this recognition by surrounding myself with bright, energetic young people with good values who are doing good things in the world,” said Cornelius, so he’s inviting current MMFRP students to accompany him to the awards ceremony.

The awards ceremony is planned for July and is expected to be held at the Mexican Embassy in Washington D.C.

“Mexico has always been my focus, my obsession, since I was a high school student,” Cornelius said.

“Mexicans have been migrating to the United States in large numbers since the 1880s, and that massive human flow has shaped both the sending and the receiving country in ways that have always fascinated me,” Cornelius said. “My mission, as a ‘public intellectual,’ has been to collect and disseminate evidence that could help to educate policymakers, and the general public, about the requirements for a more rational, humane, and effective immigration policy.”

Though he sometimes wishes he’d branched out to study more of Latin America more deeply, he said, “Mexico is a big, complex, fascinating country. What goes on there has enormous consequences for the United States. This always seemed more than enough to keep me off the streets.”

A specialist on Mexican migration to the United States, comparative immigration policy (U.S., Spain, Japan), international migration and health, and the Mexican political system, he is the author, co-author, or editor of 285 publications dealing with these subjects, including a major report on immigration enforcement policies for the National Academy of Sciences, released in December 2011. His work and views have been featured in numerous national and international media outlets, including the New York Times, the Wall Street Journal, PBS, NPR, BBC and CBS News’ “60 Minutes. His most recent book is “Mexican Migration and the U.S. Economic Crisis: A Transnational Perspective,” which he edited and coauthored with students in the Mexican Migration Field Research and Training Program.

In the coming academic year, Cornelius will be leading another group of 22 MMFRP students to do fieldwork – this time in rural Jalisco, and in the San Francisco Bay Area. As in years past, the students will write up their field data for publication in peer-reviewed journals and as an edited book, published through the Center for Comparative Immigration Studies. The whole experience, Cornelius said, “prepares them for careers in which specialized expertise in international migration is needed, from medical practitioners to community organizers to public educators at all levels.”

“And that’s the kind of thing,” he added, “that keeps me professionally engaged, energetic, and focused.”