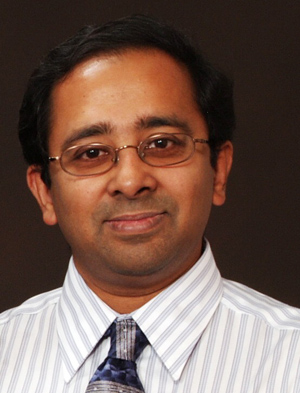 Amarnath Gupta, a researcher with the San Diego Supercomputer Center (SDSC) at the University of California, San Diego, has been named a Distinguished Scientist by the Association for Computing Machinery (ACM), the world’s largest educational and scientific computing society.

The Distinguished Scientist grade recognizes ACM members who have at least 15 years of professional experience and five years of continuous professional membership, and whose accomplishments in and impact on the computing field have been significant.

Gupta is currently director of the Advanced Query Processing Lab at SDSC, which is focused on the study of emerging information systems, notably the impact of high-performance computing platforms to assist in solving information systems problems such as those in biomedicine and neurosciences. He also is co-principal investigator of the Neuroscience Information Framework (NIF) project, the world’s largest information repository and bioinformatics resource for neuroscience at UC San Diego’s California Institute for Telecommunications and Information Technology, or Calit2.

“Amarnath Gupta has made some tremendous contributions to SDSC, as well as the entire research community,” said Michael Norman, director of SDSC. “Just to name a few, he was the first to create a domain knowledge-based mediation for scientific databases, and received a patent for that work. He also is a pioneer in applying the latest information systems research in biomedicine, and has advanced informatics research on Parkinson’s disease by creating the first logical model of a neurological disorder.”

Gupta, who joined SDSC in 1998, recently co-authored a book that explores how to create an information framework for managing a wide range of socially generated digital information. Called Managing Event Information: Modeling, Retrieval, and Applications, the book addresses the exponential increase in data generation, thanks to the proliferation of citizen reporting, smart mobile devices, and social media. It was written with Ramesh Jain, a Donald Bren Professor in Information and Computer Sciences at UC Irvine.

Gupta received a Ph.D. in computer science engineering from Jadavpur University in Calcutta, India, as well as an M.S. in Biomedical Engineering from the University of Texas, Arlington, and the university’s Health Science Center in Dallas.