Study of internet dating suggests racial barriers can be overcome 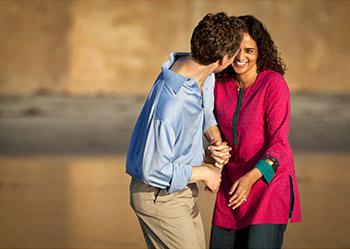 Usually, research findings on the state of U.S. race relations are pretty bleak. But a study of online dating by UC San Diego sociologist Kevin Lewis suggests that racial barriers to romance are not as insurmountable as we might suppose.

Published Nov. 4 in the online early edition of the Proceedings of the National Academy of Sciences, “The Limits of Racial Prejudice” analyzes, over a two-and-a-half month period, the interaction patterns of 126,134 users in the United States of the popular dating site OkCupid.com.

The study results in a nutshell: Race still matters online. People still self-segregate as much as they do in face-to-face interactions; most, that is, still reach out to members of their own racial background. But people are more likely to reciprocate a cross-race overture than previous research would lead to us to expect. And – once they have replied to a suitor from a different race – people are then themselves more likely to cross racial lines and initiate interracial contact in the future.

Lewis’s study of romantic social networks considered only heterosexual interactions, for apples-to-apples comparison with the majority of previous findings, and only those individuals, for the sake of simplicity, who self-identify with one and only one of the top five most populous of OkCupid’s racial categories: Black, White, Asian (East Asian), Hispanic/Latino and Indian (South Asian).

He analyzed only the first message sent and the first reply. All messages were stripped of content. Only data on the sender, receiver and timestamp of the message were available. 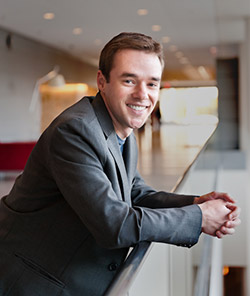 The tendency to initiate contact within one’s own race, the study observes, is strongest among Asians and Indians and weakest among whites. And the biggest “reversals” are observed among groups that display the greatest tendency towards in-group bias, and also when a person is being contacted by someone from a different racial background for the first time.

Lewis unites his varied findings with an explanation he calls “pre-emptive discrimination.”

“Based on a lifetime of experiences in a racist and racially segregated society, people anticipate discrimination on the part of a potential recipient and are largely unwilling to reach out in the first place. But if a person of another race expresses interest in them first, their assumptions are falsified—and they are more willing to take a chance on people of that race in the future,” he said.

The effect is short-lived, however: People go back to habitual patterns in about a week.

Why? “The new-found optimism is quickly overwhelmed by the status quo, by the normal state of affairs,” Lewis said. “Racial bias in assortative mating is a robust and ubiquitous social phenomenon, and one that is difficult to surmount even with small steps in the right direction. We still have a long way to go.”

Earlier work on racial bias in assortative mating (or the non-random pairings of people with similar traits) had trouble disentangling how much was due to prejudice and how much to geography or meeting opportunities. Lewis was able to control for these factors in his analysis, and this is one reason he is a champion of additional projects of the sort his paper describes.

Not only does dating on the internet have more and more social impact, he said – the most rigorous estimates suggest that nowadays over 20 percent of heterosexual and nearly 70 percent of same-sex relationships begin online – but it is also a novel and rich source of data. Previous work on mate selection has often been based on marriage records, which don’t contain any information about a romance’s early days, or on self-report surveys, when people are more likely to present themselves in the best, least-prejudiced light.

These “digital footprints” of online interactions can give us a glimpse of interpersonal dynamics at the very start of romantic relationships. And Lewis takes heart from his analysis of interactions on OkCupid. We can, he believes, begin to change our ingrained patterns of choosing partners –because they are often based on false premises.

The sociologist’s cautiously optimistic conclusion is that “racial boundaries are more fragile than we think.” When, against the odds, A writes B of another race and B replies, B becomes more open him- or herself in the near term. The “consequences of this action are self-reinforcing,” Lewis writes in PNAS, “and might potentially set in motion a chain of future interracial contact among others.”

This work was supported in part by the Division of Research and Faculty Development at Harvard Business School.

Lewis received his bachelor’s degree in sociology and philosophy (mathematics minor) from UC San Diego and his master’s and doctorate in sociology from Harvard University.