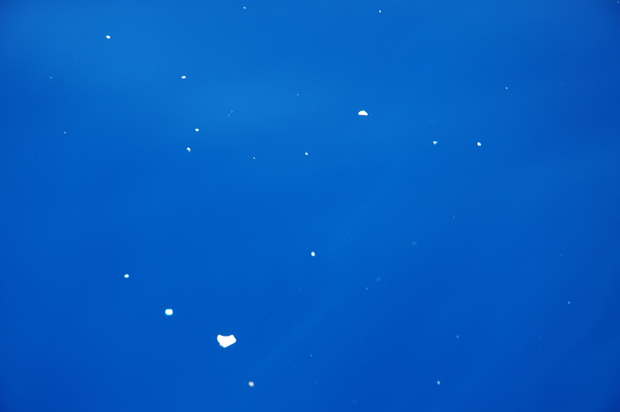 A 100-fold upsurge in human-produced plastic garbage in the ocean is altering habitats in the marine environment, according to a new study led by a graduate student researcher at Scripps Institution of Oceanography at UC San Diego. 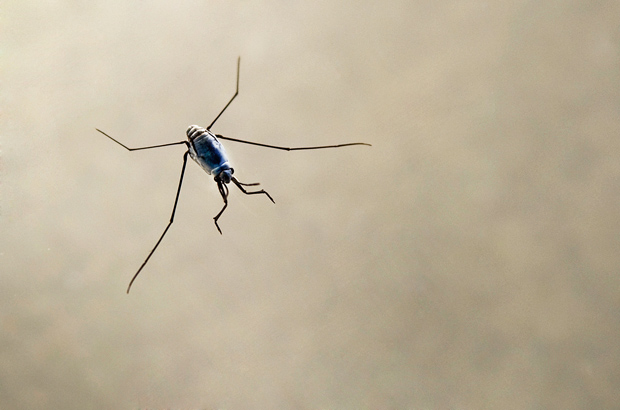 In 2009 an ambitious group of graduate students led the Scripps Environmental Accumulation of Plastic Expedition (SEAPLEX) to the North Pacific Ocean Subtropical Gyre aboard the Scripps research vessel New Horizon. During the voyage the researchers, who concentrated their studies a thousand miles west of California, documented an alarming amount of human-generated trash, mostly broken down bits of plastic the size of a fingernail floating across thousands of miles of open ocean.

At the time the researchers didn’t have a clear idea of how such trash might be impacting the ocean environment, but a new study published in the May 9 online issue of the journal Biology Letters reveals that plastic debris in the area popularly known as the “Great Pacific Garbage Patch” has increased by 100 times over in the past 40 years, leading to changes in the natural habitat of animals such as the marine insect Halobates sericeus. These “sea skaters” or “water striders”—relatives of pond water skaters—inhabit water surfaces and lay their eggs on flotsam (floating objects). Naturally existing surfaces for their eggs include, for example: seashells, seabird feathers, tar lumps and pumice. In the new study researchers found that sea skaters have exploited the influx of plastic garbage as new surfaces for their eggs. This has led to a rise in the insect’s egg densities in the North Pacific Subtropical Gyre. 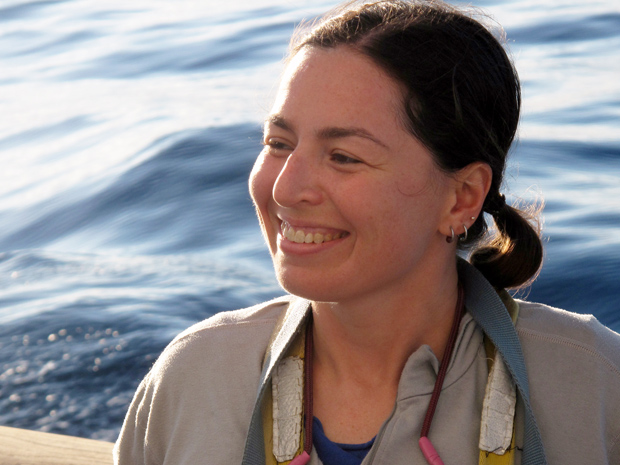 Such an increase, documented for the first time in a marine invertebrate (animal without a backbone) in the open ocean, may have consequences for animals across the marine food web, such as crabs that prey on sea skaters and their eggs.

“This paper shows a dramatic increase in plastic over a relatively short time period and the effect it’s having on a common North Pacific Gyre invertebrate,” said Scripps graduate student Miriam Goldstein, lead author of the study and chief scientist of SEAPLEX, a UC Ship Funds-supported voyage. “We’re seeing changes in this marine insect that can be directly attributed to the plastic.”

The new study follows a report published last year by Scripps researchers in the journal Marine Ecology Progress Series showing that nine percent of the fish collected during SEAPLEX contained plastic waste in their stomachs. That study estimated that fish in the intermediate ocean depths of the North Pacific Ocean ingest plastic at a rate of roughly 12,000 to 24,000 tons per year. 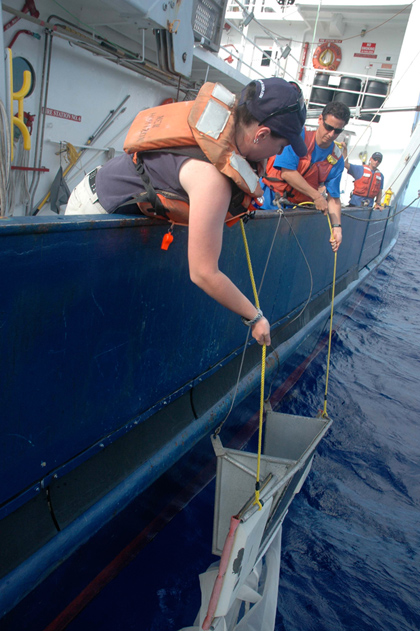 The Goldstein et al. study compared changes in small plastic abundance between 1972-1987 and 1999-2010 by using historical samples from the Scripps Pelagic Invertebrate Collection and data from SEAPLEX, a NOAA Ship Okeanos Explorer cruise in 2010, information from the Algalita Marine Research Foundation as well as various published papers.

In April, researchers with the Instituto Oceanográfico in Brazil published a report that eggs of Halobates micans, another species of sea skater, were found on many plastic bits in the South Atlantic off Brazil.

“Plastic only became widespread in late ’40s and early ’50s, but now everyone uses it and over a 40-year range we’ve seen a dramatic increase in ocean plastic,” said Goldstein. “Historically we have not been very good at stopping plastic from getting into the ocean so hopefully in the future we can do better.”

Coauthors of the study include Marci Rosenberg, a student at UCLA, and Scripps Research Biologist Emeritus Lanna Cheng. 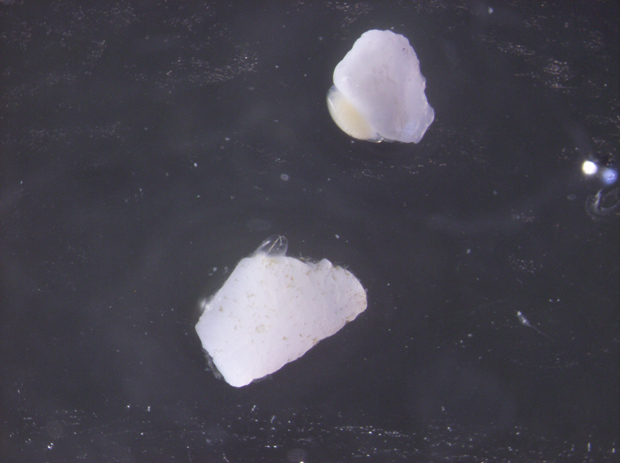 Examples of a not-yet-hatched sea skater (Halobates sericeus) egg (top), about the size of a grain of rice, and a hatched egg (bottom). Photo credit: Miriam Goldstein, Scripps Institution of Oceanography at UC San Diego