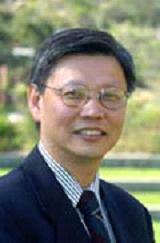 Paul K. Yu is the inaugural holder of the William S.C. Chang Endowed Chair in Electrical and Computer Engineering

Paul K. Yu, professor of electrical and computer engineering in the Jacobs School of Engineering and associate vice chancellor for Research Initiatives at the University of California, San Diego, has been named the inaugural holder of the William S. C. Chang Endowed Chair in Electrical and Computer Engineering.

“Paul Yu is an outstanding researcher, a leader in telecommunications networks and photonics, and a strong proponent of interdisciplinary collaboration,” said Frieder Seible, dean of the Jacobs School of Engineering at UC San Diego. “Among many other projects, Paul has applied his strengths in photonics and optics to advance technologies for more effective conversion and transport of light energy for photovoltaic applications.”

The endowed chair honors William S. C. Chang, professor emeritus in the Department of Electrical and Computer Engineering at the UC San Diego Jacobs School of Engineering. Chang founded the Electronics Devices and Materials group at UC San Diego, and his work integrated the fields of optics, solid-state electronics and photonics. He has written five books and is well known for his research on guided wave modulators and detectors used in optical fiber communications.

Dean Frieder Seible and Yeshaiahu Fainman, chair of the Department of Electrical and Computer Engineering at the Jacobs School of Engineering, announced the inaugural appointment in August. A reception and dinner were held on Wednesday, Sept. 21 at the UC San Diego Faculty Club.

More than 75 donors, including alumni, faculty, business leaders and friends, gave to the chair.

William S. C. Chang joined the UC San Diego faculty in 1979 with a mandate to lead the transition from applied physics to electronics.  He helped recruit faculty to build a world-class department, where research focused on photonics, semiconductors, integrated circuits and wireless communication. He served as chair of the Department of Electrical and Computer Engineering at UC San Diego from 1993 to 1996. He also established a microelectronics program that is now the Electronics Device and Materials group at the Jacobs School of Engineering. The group has done groundbreaking work in compound semiconductor electronics and optoelectronics.

Chang was an accomplished researcher and administrator before he joined the UC San Diego faculty. He was instrumental in revitalizing the electrical engineering department at Washington University in St Louis. He was also on faculty at Stanford and Ohio State University.

“William Chang is not only an outstanding researcher; he also has a track record of revitalizing and transforming academic departments,” said Suresh Subramani, Executive Vice Chancellor for Academic Affairs.

“In addition to his noted scientific endeavors, Paul Yu is also an extraordinarily capable leader and administrator,” said Vice Chancellor for Research Sandra Brown. “His visionary leadership has helped the campus excel at a number of large, multidisciplinary research efforts, and he’s committed to nurturing the next generation of scholars and scientists through the Regents Scholars Research Initiative, which he oversees.”

Yu, a pioneer in telecommunications networks, received his Ph.D. from Caltech in 1983, and joined the UC San Diego faculty that same year. He was one of five professors responsible for the university’s Integrated Technologies Laboratory, which has evolved into the Nano3 Laboratory at Calit2.

He is affiliated with the Calit2, the Institute of Engineering in Medicine, the Nanoengineering Dept. and the Materials Science and Engineering program.

In the 1980s, he pioneered the development of low-threshold-current semiconductor lasers for fiber-optic communications; and he proposed the design and use of surface-emitting lasers for high-density optical interconnections.  He invented efficient semiconductor optical modulators and high-power photodiodes for analog fiber links commonly used for cable-television and satellite communications, and has been awarded six patents.

Since 2000, Yu has been an academic participant in the Calit2 Materials and Devices group. He participates in the Photonics Society of Chinese-Americans and is a Fellow of IEEE and a Fellow of the Optical Society of America. Yu is currently the President Elect of the IEEE Electronic Devices Society. He has published more than 100 papers in the area of photonics.