Next Steps in Potential Stem Cell Therapy for Diabetes 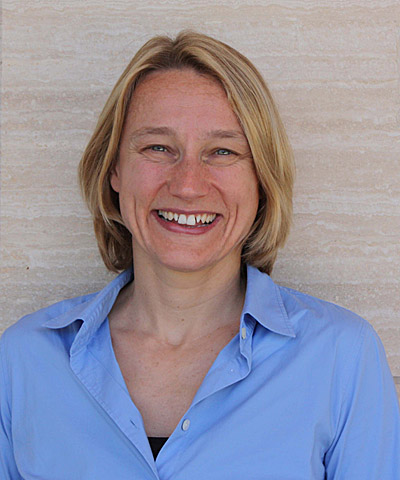 Type 1 and type 2 diabetes results when beta cells in the pancreas fail to produce enough insulin, the hormone that regulates blood sugar.  One approach to treating diabetes is to stimulate regeneration of new beta cells.

There are currently two ways of generating endocrine cells (cell types, such as beta cells, that secrete hormones) from human embryonic stem cells, or hESCs: either generating the cells in vitro in culture or transplanting immature endocrine cell precursors into mice.

Researchers from the University of California, San Diego School of Medicine, collaborating with scientists from San Diego-based biotech company ViaCyte, Inc., looked at the differences and similarities between these two types of hESC-derived endocrine cell populations and primary human endocrine cells, with the longer-term goal of developing new stem cell therapies for diabetes.

The results of their study will be published on line January 10, in advance of the February 7 print edition of the journal Cell Stem Cell.

The scientists compared gene expression and chromatin architecture – the structure of combined DNA and proteins that make up the nucleus of the cell, in which dynamic remodeling occurs at various stages of differentiation – in both primary human endocrine cells and hESC-derived cells.

“We found that the endocrine cells retrieved from transplanted mice are remarkably similar to primary human endocrine cells,” said principal investigator Maike Sander, MD, professor of pediatrics and cellular and molecular medicine, and director of UC San Diego’s Pediatric Diabetes Research Center. “This shows that hESCs can differentiate into endocrine cells that are almost indistinguishable from their primary human counterparts.”

However, the researchers observed that endocrine cells produced in vitro lack features of primary endocrine cells and fail to express the majority of genes that are critical for endocrine cell function. Consistent with this finding, these cells are not able to reverse diabetes in diabetic animal models.

Sander explained that one way to move forward with cell replacement therapies for diabetes is to transplant the endocrine precursor cells into humans and let the cells mature in the patient as they do in mice. “However, we don’t currently know whether the maturation process will occur in humans in the same way.”

Sander and colleagues identified a key mechanism for the induction of developmental regulators –removal of a family of proteins that can remodel chromatin called the Polycomb group (PcG). Reinstating PcG-dependent repression silenced the expression of genes that are only temporarily activated, and need to be turned off in order for cells to progress to their final differentiated endocrine state. When endocrine cells were produced in the culture dish, the researchers found that PcG-mediated repression was not fully eliminated, probably contributing to the cells’ malfunction.

“This information will help devise protocols to generate functional insulin-producing beta cells in vitro,” said Sander. “This will be important not only for cell therapies, but also for identifying disease mechanisms that underlie the pathogenesis of diabetes.”