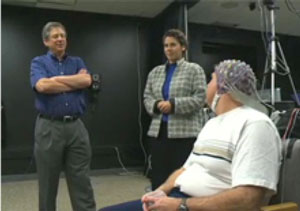 How do humans learn, and how is the element of time critical for learning? The Temporal Dynamics of Learning Center (TDLC), headquartered at UC San Diego in the Institute for Neural Computation, is helping to answer that question, thanks in part to an $18 million renewal grant from the National Science Foundation.

Founded in 2006 with support from the NSF, TDLC is led by Gary Cottrell, professor of computer science and engineering at UC San Diego.  The interdisciplinary team of scientists and educators includes over 40 principal investigators at 17 partner research institutions, including UC Berkeley, Rutgers University at Newark, and Vanderbilt University, in three countries, and in several local San Diego schools.

TDLC investigators believe that part of the current crisis in education is the lack of scientific understanding of how the brain learns, and the lack of translation of this scientific understanding to the classroom. TDLC is dedicated to the goal of understanding the role of time and timing in learning, on time scales ranging from milliseconds (the time scale at which brain cells connect) to years (the time scale of learning to be an expert). The ultimate goal -- gaining a better understanding of how we learn – could lead to improved educational practices and technologies that would give children a better chance of success in school, and ultimately in life.

The center’s projects, while revolving around the unifying theme of time, are diverse and cutting-edge.  Researchers delve into topics that include: How does our brain change as we become experts, and can we train kids with autism to become “face experts” to improve their social skills? Can robots be endowed with the ability to “read” a student’s facial expressions, to improve intelligent tutoring systems?  What are the best interventions for children struggling with English language and reading skills?  What are the principles underlying the dynamics of active vision? How does musical training affect brain development, and can music interventions improve language and cognitive development?  Answers to these questions and more could have far-reaching consequences. 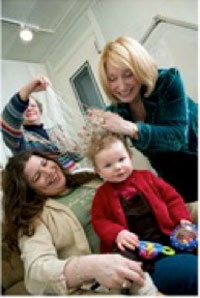 In addition to asking important questions, TDLC investigators are beginning to answer them. TDLC investigator April Benasich and her colleagues at Rutgers University recently discovered that they can predict later language difficulties by measuring babies’ brain waves. At UC San Diego, Scott Makeig, Howard Poizner, Virginia de Sa and others are investigating ways in which Brain–Computer Interfaces (BCI) — which process brain waves to command computers and other external devices like artificial limbs — can assist people with injuries or diseases affecting their ability to move and communicate. For example, Poizner and de Sa have found possible ways in which BCI might assist Parkinson’s Disease patients with walking. TDLC’s Jim Tanaka and his team at the University of Victoria, British Columbia, developed the Let's Face It! Program (LFI!) to train autistic children to recognize facial expressions, and the program has been shown to be successful in controlled studies. TDLC’s Science Director, Andrea Chiba at UC San Diego, with Rusty Gage of the Salk Institute and Janet Wiles of the University of Queensland in Australia, are investigating the role of new brain cells that are born every day in a part of our brain called the hippocampus, a structure critically important for memory. Their investigations are highly interdisciplinary, involving a combination of neurophysiological and behavioral studies, as well as tests of their theories “on the ground” using computer models of the hippocampus implemented in robotic rats. 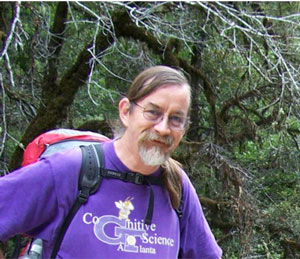 Gary Cottrell is the driving force behind the founding of The Temporal Dynamics of Learning Center as well as a participating researcher.

“This award validates the important research being conducted at the Temporal Dynamics of Learning Center,” said Sandra Brown, Vice Chancellor for Research at UC San Diego. “This research center exemplifies the multidisciplinary and cross-institution approach to research being conducted in Organized Research Units such as the Institute for Neural Computation, TDLC’s home at UC San Diego.”

Bringing the Science to the Classroom

The Center's researchers have made it their mission to ensure that their work will be relevant to the real world of the classroom. TDLC works with teachers in the Center’s Educator’s Network and Distinguished Educators Advisory Panel, composed of star teachers and administrators from around San Diego County. These groups, led by Preuss School’s founding principal Doris Alvarez, meet regularly with Center scientists, and are planning a book to describe the teaching practices they have found to be effective. There are also plans to expand the Educator’s network to the partner institutions.

“Timing is a critical variable for learning at every level, from learning the precise temporal patterns of speech sounds, to learning appropriate sequences of movements, to optimal training and instructional schedules for learning, to the timing of reinforcement in the classroom,” Cottrell said. “Our team is working together to unravel the mysteries of learning through cooperative, interdisciplinary science. People think that’s hard to do, but at UC San Diego we thrive on this approach.”