Events to be held on April 18, May 23, and June 6 in Geisel Library’s Seuss Room 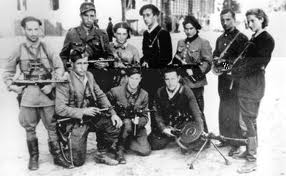 This spring, the UC San Diego Holocaust Living History Workshop (HLHW), sponsored by the UC San Diego Libraries and the Judaic Studies Program, continues its popular “Witnessing History” program, a series of talks focusing on the experience of history in the making.  At the events, all of which are free and open to the public, attendees will have the opportunity to hear local Holocaust survivors share their stories and to learn about the Visual History Archive, the world’s largest database of Holocaust testimony. All events will take place in the Geisel Library’s Seuss Room from 5 to 7 p.m.

The series kicks off on April 18 with a presentation by Michael Bart, author of the award-winning book, Until Our Last Breath:  A Holocaust Story of Love and Partisan Resistance. To honor this year’s Holocaust Remembrance Day (Yom Ha-Shoah), Bart shares the incredible story of his parents, Zenia Lewinson and Leizer Bart, who were both members of the Lithuanian partisan group “The Avengers.” Under the leadership of the Zionist Abba Kovner, they vowed to resist the Nazis “until our last breath” – the title of Bart’s biography of the Vilna partisans. At this special event, Bart will describe his parents’ struggle and will discuss his own decade-long journey to recover their history.

May 23: Tal Golan: The Politics of Memory 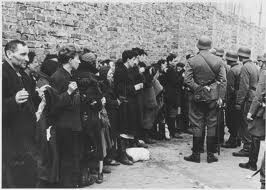 Our May 23 event will feature Tal Golan, a professor of history and son of a Holocaust survivor from Poland. Yuźek Goldberg (later Joseph Golan) grew up in the Polish town of Nere-Miasto and spent time in the Warsaw ghetto before going into hiding. At war’s end, he immigrated to Palestine. Goldberg was one of many Holocaust survivors who kept silent about their ordeal until later in life, when he decided to commit his memories to paper. In this talk, Golan will reflect on the politics of memory and the struggle for Israeli identity.

On June 6, our series will wrap up for the year with Samuel Horowitz, who will provide an account of his wartime experience in Poland. Horowitz was born in Lopatyn, Poland. When the Nazis came in, his family was among the many Jews herded into ghettoes. Threatened with deportation to a camp, the family decided to escape. In the dead of night, they trekked back to their village. A Ukrainian farmer took them in, and they remained in hiding until the end of the war. After several years in Vienna and Munich, Horowitz immigrated to the US. Today, he and his wife Reena are involved in various philanthropic causes.

All events are organized by the Holocaust Living History Workshop, a joint project of the Judaic Studies program and the UCSD Libraries. The Workshop was launched in 2007 to connect UC San Diego students, San Diego Holocaust survivors and interested individuals, and to increase the visibility and use of the Visual History Archive, a database of approximately 52,000 survivor and witness testimonies. The UC San Diego Libraries are one of only three university libraries on the West Coast to have access to the archive. The archive, which is administered by the Shoah Foundation Institute at the University of Southern California includes testimonies recorded in 56 countries and 32 languages. Students and members of the public can access the videos from any computer on the UC San Diego campus.

To find out more about UC San Diego's Holocaust Living History Workshop, contact the program coordinator Susanne Hillman at hlhw@ucsd.edu or go to: http://orpheus.ucsd.edu/sites/hlhw. Training in the use of the Visual History Archive is available for individuals and groups upon appointment.