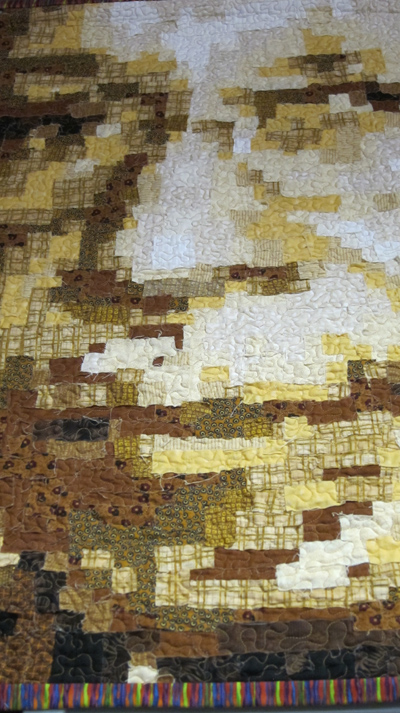 A series of exhibits and events in celebration of Black History month will be held during winter and into spring quarter at UC San Diego’s Geisel Library.  All events are free and open to the public.

An exhibit about the creation and significance of quilts to African American women will be held from February 1 to March 31 on the main floor in the west wing of Geisel Library.  In addition to the exhibit, a reception and panel discussion will be held on February 15 from 11 a.m. to 1 p.m. in the Seuss Room in Geisel Library. The panel discussion, which will be moderated by Boatema Boateng, professor of Communication at UC San Diego, will include: D’Andrea Mitchell, a local expert in quilted photography; Constance Robinson, a quilting instructor; and Sheila Williams, president of the San Diego People of Color Quilt Guild. The exhibit includes stunning works of the quilters from the San Diego People of Color Quilt Guild, which challenge the commonly help misconception that African American quilts comprise only strip quilts, patchworks, or rustic creations that reflect what many scholars claim to be an African aesthetic. The exhibit dispels that notion, with examples of “quilted photography,” dazzling art quilts, as well as more traditional quilts.

For generations, African American women have expressed their lives and artistry through quilting. Before emancipation, when slave women were deprived of the opportunity to read or write, quilting provided women with a mechanism for creating permanent but unwritten records of events and experiences in their lives.  While the quilting of diaries is no longer a cultural necessity, quiltmaking remains one of the most popular art forms among some African American communities, connecting women to their history and affirming their creative identity. 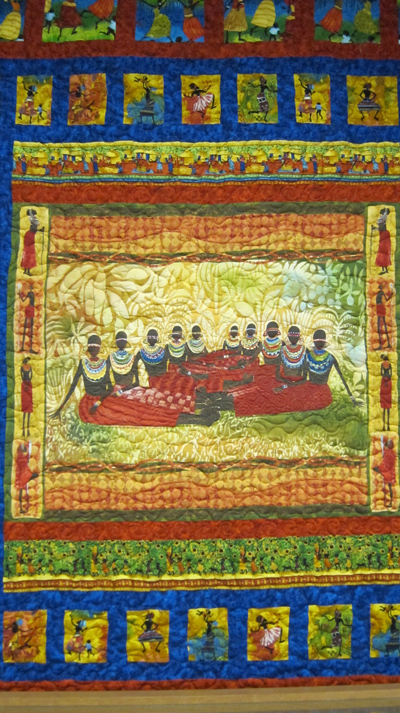 The Stitching Memories exhibit is sponsored by the Social Sciences & Humanities Library. The panel discussion is being sponsored by the Librarians Association of UC San Diego’s Committee on Diversity, and the university’s Department of Communication and African & African American Research Center, and the San Diego People of Color Quilt Guild.

Magic Lanterns from the 1800’s Shed Light on African Diaspora

Magic lanterns dating back to the 19th century will be on display from February 1 through February 29 in the UC San Diego Arts Library (lower level, west wing) in Geisel Library. The hand-painted glass magic lantern slides on display depict images of Africa and celebrate and raise awareness of the African Diaspora

A reception to kick off the exhibit will be held February 1 at 3 p.m. in the Arts Library. The reception will include a lively, narrated magic lantern show about the great American cowboy Nat Love, an African-American whose autobiography revealed his many adventures as a cowboy in the late 1800's.

According to Scott Paulson, outreach coordinator for the UC San Diego Arts Library and the owner of the the magic lanterns on display, perhaps the earliest views Americans saw of Africa came in the form of magic lantern shows (hand-painted glass slides that were used in early gas-lamp-powered projectors). Magic lantern shows relayed news and views of far-away places pre-dating still photography and moving pictures. Even as early as the 1600's and 1700's, lively magic lantern shows employed early animation techniques, narration and live music to show the culture of other continents. As early photographic technology grew, the magic lantern's glass slides became even more valuable in relaying worldly experiences. 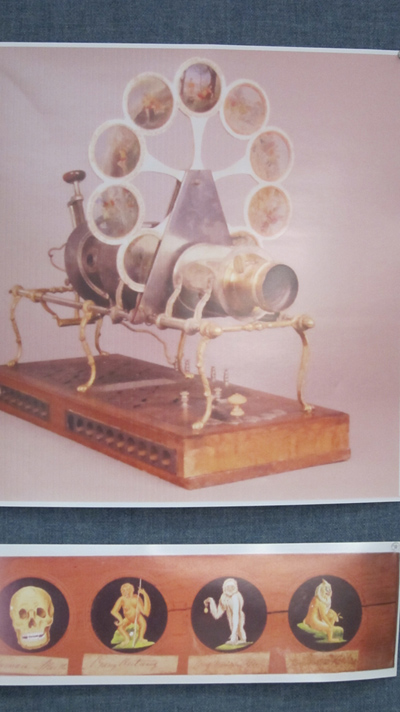 Black History Month is an annual celebration of achievements by black Americans and a time for recognizing the central role of African Americans in U.S. history. The event grew out of “Negro History Week,” the brainchild of noted historian Carter G. Woodson and other prominent African Americans. Since 1976, every U.S. president has officially designated the month of February as Black History Month. Other countries around the world, including Canada and the United Kingdom, also devote a month to celebrating black history. For more information about UC San Diego’s Black History Month celebrations: http://blackhistorymonth.ucsd.edu/2012/ 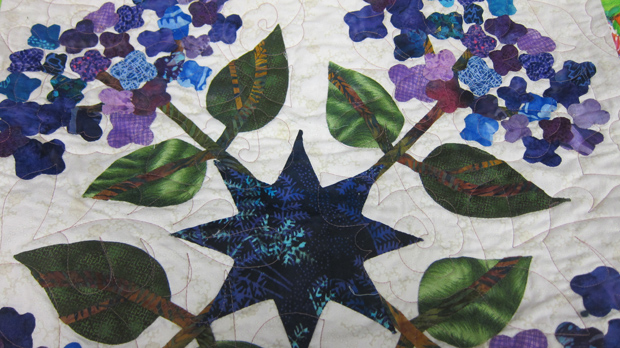