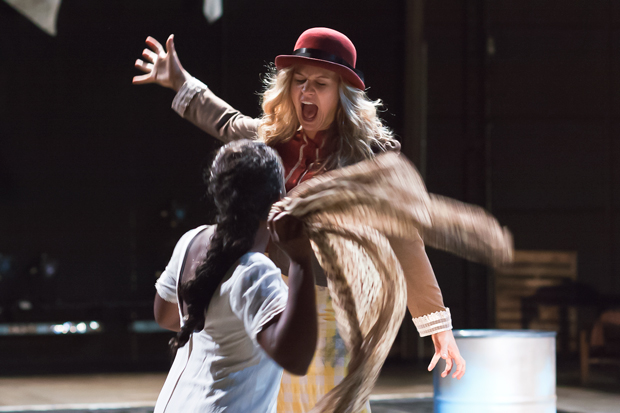 “The Storm,” a drama by 19th-century Russian playwright Alexander Ostrovsky, is not a common choice in American regional theatre seasons.  But true to its mission of producing innovative and eclectic work, the UC San Diego department of theatre and dance will stage the play Nov. 18 through Dec. 3 in the Sheila and Hughes Potiker Theatre.

One of the top theatre programs in the country, the department routinely showcases the unexpected, and “The Storm,” directed by third-year MFA student Larissa Lury, is no exception. Opening alongside an undergraduate production of the Obie Award-winning play “The Thugs” – and just as a re-imagined version of the Yiddish classic “The Dybbuk” is wrapping up – this production of “The Storm” promises to be both visually striking and philosophically engaging.

This all fits in with Lury’s current passion: bringing brilliant plays well known in other parts of the world to audiences who may never have seen or heard of them before. “I want to do this play because I want to explore the space of possibility.  Of the striving that we do.  For something.  Higher, or better, or more pure.  Something good.  Is it love?  Is it God?  Is it each other?  Is it ourselves?” said Lury, who directed last season’s little-known play “Kasimir and Karoline,” by German playwright Odon von Horvath. 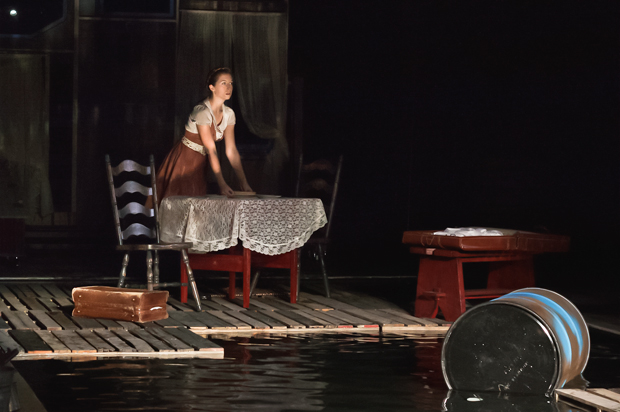 Lury was drawn to the Russian classic for its fascinating characters, she said, and because “The Storm” has a deep connection to nature.

The play weaves various plotlines, centering on an unhappy, young wife, her spineless husband, her overbearing mother-in-law, and the possibility of real love with another man. The play also draws from the particular time in which it was written, juxtaposing the competition between faith in the natural world and the advent of machines and new scientific discovery. A storm is brewing, not only on the banks of the river where an imminent flood is threatening the town, but also figuratively in the household.

“We’ve tried to make the natural elements, particularly water and wind, come alive in the space, since they play such a large role in world these characters live in,” Lury said. “We've taken some of the poetic aspects of the play and manifested them in a visual way.”

Lury is known for her innovative staging, a product of her training, not only as a director, but also as an actor, acrobat and gymnast.

“We do not believe there can be – or should be – one approach to making work, and Larissa’s inventive productions have always surprised and delighted us each year,” said Allyson Green, chair of the theatre department.

This play is Lury’s master’s thesis production and marks her last year in the renowned theatre program. A new play she directed during her first year at UC San Diego, Ronald McCants’s “Oyster,” won the San Diego Critics Circle award for Best Play. 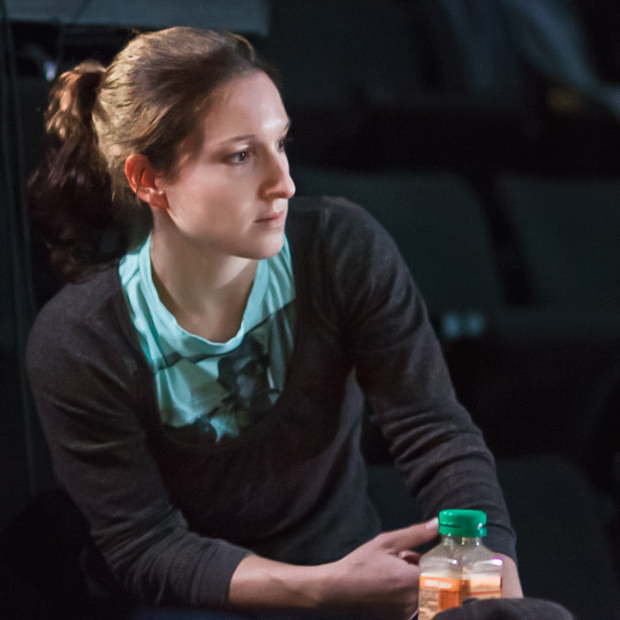 Lury says she really enjoys researching the gems she brings to the stage. “The Storm” in particular offered much to research since Ostrovsky and his plays are a product of his upbringing and social experiences. Many people call Ostrovsky the first great Social Realist, as his work depicted the lives of people – in particular the merchant and working classes – that novelists and other dramatists of the time did not. He often exposed practices and behavior until then kept quiet.  (Ostrovsky was fired from civil service for writing a scathing satire, and his father disinherited him for marrying “beneath” him, too.)

But it’s not all and just about 19th-century Russia. “There’s another element to his works that is much more universal,” Lury recently told local theater publication Word Are Not Enough. “He used poetic, symbolic imagery. The characters are people he’s definitely encountered, some of them more extreme than the people we know; however, they really resonate. ‘The Storm’ struck me on both cultural and personal levels.”

Ultimately, Lury hopes the production will provoke questioning, not only of the characters within the world of the play, but in audiences as well.  Here’s what Lury is asking herself during rehearsals of the: “What does it mean to live in this world together?  What should we listen to? How can a person live truthfully in this world?” Quite a storm brewing indeed.

Advance tickets for this production are available online on the department website or through the UCSD Box Office, Monday through Friday, noon to 6 p.m. by calling the box office at 858.534.4574. Tickets are $20 general admission, $15 for UCSD affiliates and seniors, and $10 for students. You can also learn more about department’s full season of plays.