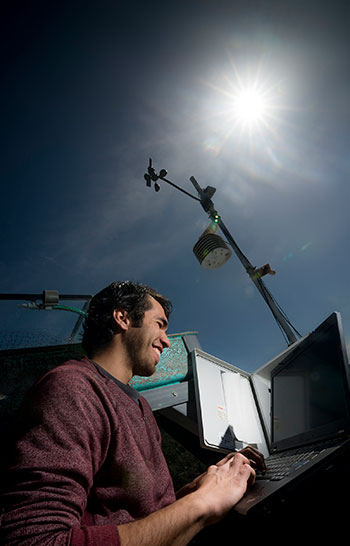 Don’t hire someone to wash your dirty solar panels. That’s the conclusion of a study recently conducted by a team of engineers at the University of California, San Diego. Their findings were published in the July 25 online issue of Solar Energy.

Researchers found panels that hadn’t been cleaned, or rained on, for 145 days during a summer drought in California, lost only 7.4 percent of their efficiency. Overall, for a typical residential solar system of 5 kilowatts, washing panels halfway through the summer would translate into a mere $20 gain in electricity production until the summer drought ends—in about 2 ½ months. For larger commercial rooftop systems, the financial losses are bigger but still rarely enough to warrant the cost of washing the panels. On average, panels lost a little less than 0.05 percent of their overall efficiency per day.

“Most homeowners won't get their money back for hiring someone to wash their rooftop panels,” said Jan Kleissl, the principal investigator on the study and a professor of mechanical and aerospace engineering at UC San Diego.

He cautions that the study is focused on smaller systems. For very large installations, economies of scale may mean that washing panels is worth it.

The researchers analyzed data from the California Solar Initiative showing solar panel output at 186 residential and commercial sites from the San Francisco Bay Area to the United States-Mexico border for the year 2010. They compared output after more than 0.1 inches of rain fell on the panels with output during the 145-day summer drought California experienced that year. The panels would have been cleaned by rain but would have remained dirty during the drought, researchers reasoned.

“Dust on PV panels does make a difference but it’s not a big enough factor in California to warrant cleaning,” said Felipe Mejia, the first author on the study and a graduate student in environmental engineering in Kleissl’s research group at the Jacobs School of Engineering at UC San Diego.

The survey’s findings are applicable more widely, Kleissl said. Pollution and dust levels in California are fairly representative of the rest of the United States—and possibly higher, he explained. If anything, other areas of the country get more rain, resulting in cleaner panels and even smaller losses.

“Of course, there are exceptional events, like dust storms in Arizona,” Kleissl said.

Researchers believe that this is the largest survey quantifying losses of electricity output due to dirty solar panels conducted so far. Typically, particulate matter from air pollution, agriculture, construction and traffic accumulates on the panels, as well as pollen and sea salt. 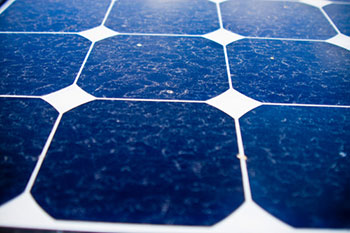 Researchers also found that solar panels mounted at an angle of less than five degrees caused bigger losses in efficiency. That’s because dirt slips off panels that are installed at a steeper angle. Engineers also didn’t find any statistically significant differences between different regions of the state for output during the drought period, although sites in the Los Angeles basin and the Central Valley had dirtier panels.

But solar panels heavily soiled with bird droppings should be cleaned. That’s because the droppings essentially block all sunlight and will not be washed away when it rains. Engineers also found that at a few sites, photovoltaic panels were dirty enough to warrant cleaning due to very specific and localized circumstances. For example, being directly next to and downwind of a highway, factory or agricultural field may generate enough dirt to warrant cleaning.

Next steps in the research would be looking more closely at the sites that did warrant cleaning and determine what caused the panels to get so dirty. Finally, researchers could add collectors at specific sites to determine what kind of dirt accumulates on the solar panels; whether special materials could keep dirt from accumulating; and whether special, less costly washing systems would do a better job at removing dirt from the panels.