When a Doctor’s Visit Is a Guilt Trip 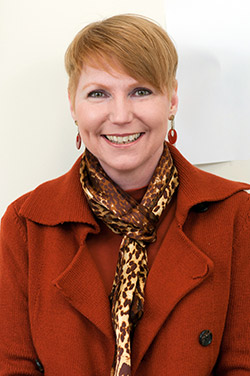 Have you ever left a doctor’s office feeling ashamed or guilty? Chances are one in two that you answered “yes,” according to research from the University of California, San Diego. And what happened next? Perhaps you were motivated to make changes in an unhealthy behavior. Or, did you just lie to that doctor on subsequent visits? Avoid him or her? Maybe even terminate treatment entirely?

Shame and guilt as a direct result of interacting with a doctor are quite common, says Christine Harris, professor of psychology in the UC San Diego Division of Social Sciences, as are both positive and negative reactions. But surprisingly little research has been done on the subject. Now, in a pair of new studies, Harris and colleagues examine the consequences of these physician-inspired feelings. They also explore why some patients react to the shame- or guilt-provoking experience in a way that promotes health while others turn to lying or avoidance.

Gaining insight into patient reactions is important, the co-authors write, because “more than one third of all deaths in the United States are still essentially preventable and largely due to unhealthy patient behavior.”

Published in the journal of Basic and Applied Social Psychology, the current paper follows up on Harris’ 2009 work showing that more than 50 percent of respondents had experienced shame based on something a physician said. The earlier work also documented the diversity of reactions.

In the current paper, Harris and her co-authors – recent UC San Diego psychology Ph.D. graduate Ryan Darby and current doctoral student Nicole Henniger – ran two related studies: One surveyed and analyzed the responses of 491 UC San Diego undergraduates about shame when interacting with a doctor. The second looked at both guilt and shame and included 417 participants from a wide-range of socioeconomic backgrounds, aged 18 to 75.

In the younger cohort, nearly a quarter of participants had experienced a shaming encounter with a physician. In the mixed-age group, roughly half had, Harris said.

In both studied groups, weight and sex were the most frequently cited shaming topics. Teeth came up frequently with the younger subjects as well. (Possible topics also included smoking, alcohol or substance use, not taking prescribed medications or following doctor’s orders, and mental health, among others.)

Family practice doctors, gynecologists and dentists were the specialties most often cited as shaming. This is probably because, Harris said, people generally see these types of physicians more than any others.

As in the 2009 work, the emotional and behavioral reactions to the shaming experience varied widely: from making a profound lifestyle change to improve health to, on the opposite extreme, just avoiding all doctors altogether.

What matters most and seems to make the greatest difference, Harris said, is whether the patient “makes a global attribution, condemning the entire self” or just condemns the behavior at hand. Focusing on the behavior leads more often to good outcomes.

“People who report a more positive reaction focus in on a bad act not a bad self,” Harris said. “Capacity to change mediates the response. In the simplest terms: Those who say ‘I’m a smoker’ or ‘I’m a fat person’ may feel resigned while those who say ‘I smoke’ or ‘I eat too much’ also seem to think ‘I can stop doing that.’”

Also significant, the researchers find, is the patient’s perception of the doctor’s intent.

“If you perceive your doctor is intentionally trying to make you feel shame or guilt, then the reaction is exclusively negative,” Harris said. “We didn’t see any positive reactions at all.”

There were differences by gender, too: Women reported experiencing shame and guilt during doctors’ visits more often than men did. They also reported more negative reactions. But, interestingly, this doesn’t seem to be because women are making more global attributions.

The reason for the gender difference remains an open research question, Harris said. It could be that doctors treat men and women differently. Or it could be that women hear the signal more strongly or have differing perceptions of the interaction.

In the meanwhile, Harris said, doctors will continue to have the unenviable task of discussing delicate subjects with their patients and with making recommendations about unhealthy behaviors, and what is clear is this: “Tough love and shaming don’t always work. In fact, they can be counter-productive.”

“To improve outcomes,” Harris said, “doctors need to try to keep the conversation focused on the behavior (not the person) and avoid, as much as possible, being perceived as intentionally inflicting shame or guilt.”

As for patients, the best advice she can give is: “Think not of what you are but what you can do.”