The University of California, San Diego and the Arthur C. Clarke Foundation have agreed to establish the Arthur C. Clarke Center for Human Imagination (ACCCHI) at UC San Diego. The agreement was signed in conjunction with the foundation’s annual international Clarke Awards held on April 12 in Washington, D.C.

Sandra A. Brown, vice chancellor for research at UC San Diego, and Sheldon Brown, professor of media arts at UC San Diego, represented the campus at the formal signing ceremony with Tedson Meyers, chairman of the Arthur C. Clarke Foundation. 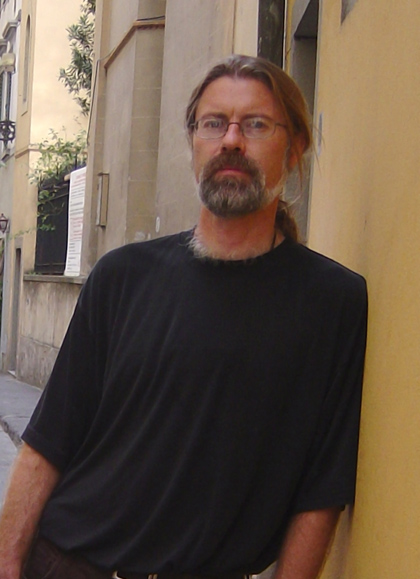 The Clarke Center will span a wide range of disciplines and collaborations among institutions and individuals across communities and continents in fields such as technology, education, engineering, health, science, industry, environment, entertainment and the arts. Its mission will be to develop, catalyze and be a global resource for innovative research, education and leading edge initiatives drawing upon the under-utilized resources of human imagination. In addition to being celebrated for his multi-disciplinary legacy in science and engineering, Clarke is considered one of the most inspiring and engaging science fiction writers of all time for such classics as “Childhood’s End,” “Rendezvous with Rama” and “2001: A Space Odyssey.” His visionary books and papers have fueled the imagination and avocations of young and old for more than six decades.

“The Clarke Center will be a focal point for active collaboration on current and future research and an intersection of disciplines for the purpose of identifying and advancing creative and innovative solutions for the challenges of contemporary and future societies,” said Vice Chancellor Sandra Brown.

Sheldon Brown will become the director of the center. He is a professor of media arts in the Department of Visual Arts in UC San Diego’s Division of Arts and Humanities and is the former director of the Center for Research in Computing and the Arts (CRCA) at UC San Diego’s California Institute of Telecommunications and Information Technologies (Calit2).  Associate director will be David Kirsh, professor and former chair of the Department of Cognitive Science in the Division of Social Sciences at UC San Diego and head of the Interactive Cognition Lab research to simplify and extend situational and distributed creative cognition.

“Center research and activities will build aggressively upon the University of California’s longstanding strengths in producing scientific, creative and artistic breakthroughs to address increasingly complex dilemmas and opportunities of the 21st century,” noted Director Brown.  “As we harness more and more technology, we must also nurture our human resources – including our unique gifts of imagination to create, innovate and sustain constructive advances. By making human imagination itself the subject of study, we can develop ways to make more effective use of it.  We believe the center can become a unique global resource near term and long term.” 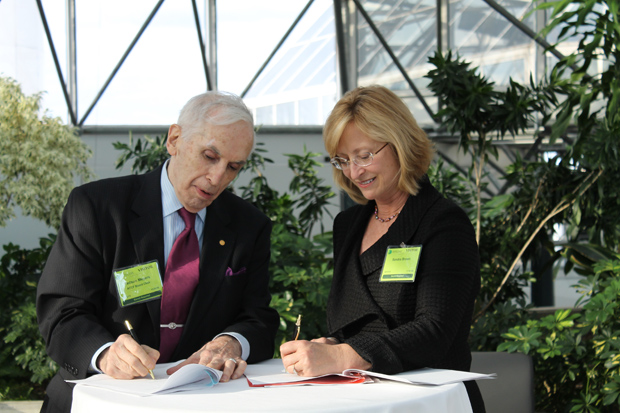 Tedson Meyers, chairman of the Clarke Foundation, said, “A number of excellent universities responded to our request for proposals to become the home of the Arthur C. Clarke Center for Human Imagination, but the University of California, San Diego made the most compelling case. Its top flight research resources, facilities and academic excellence in multi-disciplinary collaborations within the UC system and beyond are ideally suited to approach the potential of human imagination from a wide range of perspectives. UC San Diego and its faculty provide both a practical as well as theoretical framework to put imagination under a microscope, to find its historic limits and go beyond them, and to promote or restore its positive use in education, commerce, science, social change and more. Clearly ACCCHI will also put Sir Arthur’s spirit back to work in a significant way.”

The center will work with leading edge innovators and institutions within academia and industry globally. It will also draw upon the creative worlds of media and the arts, including working with contemporary science fiction authors such as UC San Diego alumni David Brin, Kim Stanley Robinson, Vernor Vinge, Greg Benford and Greg Bear.

The Clarke Foundation and UC San Diego are partnering in developing a broadly based framework for global resources, expertise and financial support to develop the center’s potential to enhance the opportunities as well as meet the challenges of the 21st century.