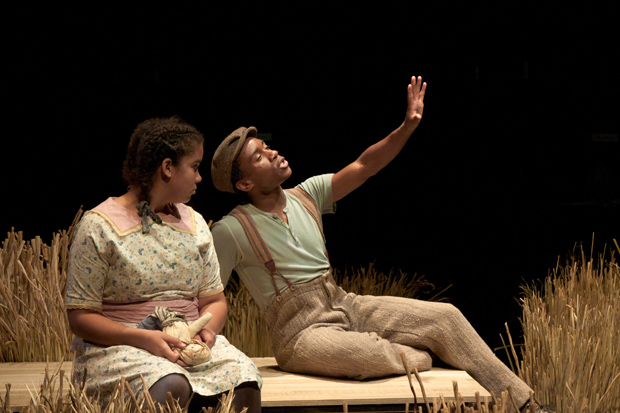 With dreams of seeing his name in lights on Broadway, UC San Diego theatre and dance major Brian Bose was astonished to learn that he had received the James Avery Scholarship to help support his educational studies at UC San Diego. The fund was established by UC San Diego alumnus and acclaimed actor and poet, James Avery ’76.

“James Avery is an actor who I’ve respected since I was a kid,” said Bose. “I was thrilled to get this scholarship.” 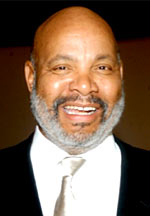 A scholarship recipient himself, Avery earned his bachelor’s degree in drama and literature from UC San Diego after serving in the U.S. Navy in Vietnam. Avery went on to forge a thriving career in Hollywood, with roles in dozens of films and television shows, including his beloved portrayal as Uncle Phil on “The Fresh Prince of Bel-Air.”

“The gift of success obligates one to give back,” said Avery. “I have been blessed with success and that is why there is a James Avery Scholarship at UCSD. Education should be accessible to all and scholarships help make this happen.”

Not only does Bose admire the work of the Hollywood actor and fellow Triton, he is grateful for Avery’s generosity in giving back to help the next generation. “There are many students who have no idea how they will pay for college,” said Bose. “For students like me, receiving a scholarship to help pay for a university education is amazing.”

As part of Hearts and Scholars, an annual dinner hosted by the UC San Diego Undergraduate Scholarship Council on Feb. 16, Bose and another student from the theatre department showcased their talents as part of a “Readers’ Theatre.” They gave a special presentation and shared excerpts from fellow scholarship recipients’ writings of their hopes, trials, victories and gratitude to an audience of donors, students and friends. “We hoped to inspire those in attendance to continue to support students like us.  We do need scholarships,” Bose continued, “now more than ever.”

With less than 8 percent of the campus’s operating budget coming from the State of California, private support is increasingly critical to ensuring that a world-class UC San Diego education remains accessible to students from all backgrounds.

With scholarship support, Bose has made the most of his college experience, keeping busy academically and in campus productions. In his first quarter on campus, Bose had the rare opportunity to perform in a graduate production of “Joe Turner’s Come and Gone,” which earned glowing reviews for chronicling the pains of racism and discrimination. Currently, he is in the undergraduate production “Wintertime,” as well as the undergraduate dance production, “Winterworks.” Very soon, he will travel to New York to read for a musical at the Apollo Theatre in Harlem.

“I’ve learned that life brings you to places you never expect,” said Bose, who dreams of winning a Tony Award as an actor on Broadway. “It’s pretty incredible to be asked to read for a musical at the world-famous Apollo.”

With big plans for his future, Bose will not forget about the generous individuals—like Avery—who have helped him along the way. “I want to do what I love and be able give back,” he said. “We have the opportunity of building our society by giving to people who are learning. Students are the leaders and innovators of the future.”