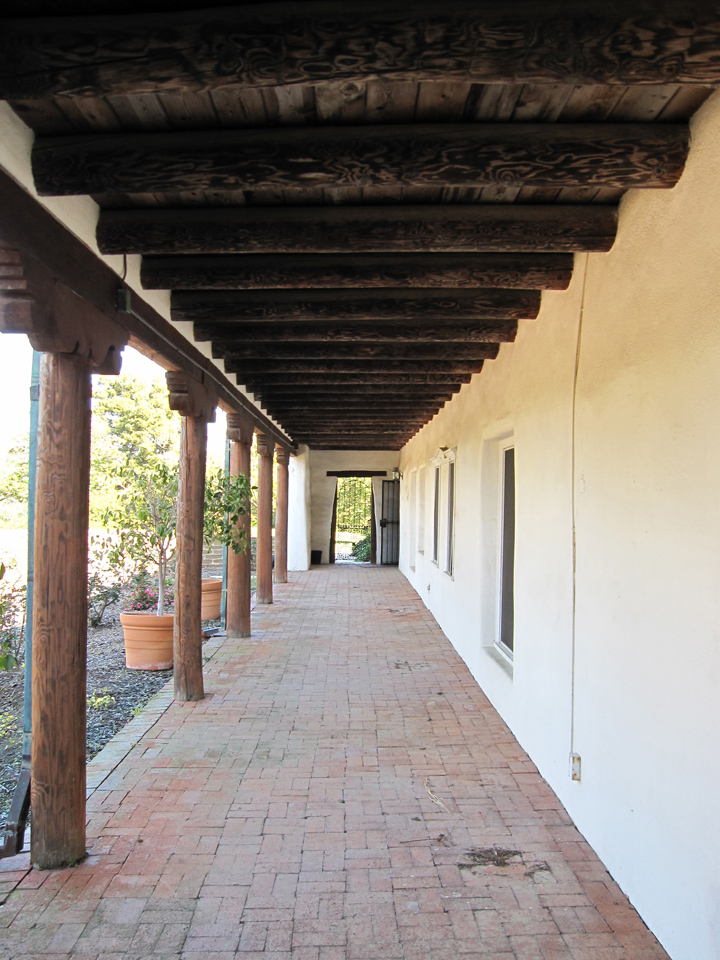 Located on seven acres in La Jolla Farms, Geisel House (formerly known as University House) has been closed since 2004 when it was deemed uninhabitable due to seismic and system deficiencies.

The University of California Board of Regents yesterday approved the second phase of the rehabilitation of UC San Diego’s University House. With the Regents’ action to move ahead with the renovation design, the historic structure and venue for campus celebrations and fundraising events will be formally renamed the “Audrey Geisel University House”—to be called Geisel House—in recognition of her longtime philanthropic support of the La Jolla campus. Additionally, the large public meeting room will be named the “Rik and Flo Henrikson Commons” to honor support of the house renovation through the Rik and Flo Henrikson Endowment Fund.

Located on seven acres in La Jolla Farms, Geisel House has been closed since 2004 when it was deemed uninhabitable due to seismic and system deficiencies, including plumbing and electrical problems and the need for canyon edge slope stabilization.

The entire cost of the Geisel House renovation, estimated at $10.5 million, will be covered by gift funds including $1.5 million gifted from the UC Office of the President to complete the project from the Searles Fund, an endowment used to fund general purposes of the university which cannot be covered by state funds.

“Audrey Geisel, widow of author Theodor ‘Dr. Seuss’ Geisel, is truly a friend of UC San Diego, and has become my personal friend as well,” said Chancellor Marye Anne Fox. “She and Ted understood the vision of UC San Diego, and supported the campus for many years.  Preserving the architectural treasure that is Geisel House is so important, and we are most grateful for her generosity, and her friendship.”

Fox added, “The naming of the Rik and Flo Henrikson Commons provides a fitting way for the campus to honor their significant support, too. We also thank the other private donors whose contributions will fund the Geisel House renovation project.”

Geisel House is registered as a historic site at the local, state and national levels due to its Pueblo Revival architecture. Built in 1952, the house with breathtaking coastal views was designed by noted Santa Fe-based architect William Lumpkins and purchased by the University of California system in 1967.

“University House has been as iconic to UC San Diego as the wonderfully eccentric library,” said Audrey Geisel. “I am so pleased that this uniquely designed historic home will once again be used as the chancellor’s residence and as an appropriate venue for campus events. I’m glad, too, that at long last the renovation will be moving forward. Ted would be deeply honored.”

Mrs. Geisel has had a longstanding relationship with UC San Diego, donating more than 8,000 of her late husband’s original drawings, sketches, books and other memorabilia to the university libraries. In 1995, the university’s library was renamed Geisel Library in honor of Theodor Geisel, following a $20 million gift from Audrey Geisel. Mrs. Geisel, who last year was awarded the prestigious UC San Diego Chancellor’s Medal, has made a lasting impact on nearly every area of the campus—from the UC San Diego Libraries, Scripps Institution of Oceanography and Health Sciences, to student scholarship and fellowship support and the renovations of the Faculty Club.

The naming of the Rik and Flo Henrikson Commons provides an opportunity for the campus to honor the couple through their generous bequest. Through their estates, the Henriksons bequeathed more than $20 million to the UC San Diego Foundation to fund an unrestricted endowment, the payout from which is to be used for urgent campus projects at the chancellor’s discretion. The Rik and Flo Henrikson Endowment Fund also supports the Chancellor’s Collaboratories, an experimental program intended to provide fellowship support for groups of students (undergraduate, graduate or professional) who will work jointly under the supervision of an interdisciplinary faculty group.

The principal architect for the renovation is Ione R. Stiegler, AIA, of IS Architecture, who specializes in historic preservation. Geisel House offers a unique blend of private and public areas—it has traditionally been the home of uniquely UC San Diego events honoring faculty, staff and students, as well as hosting large and small campus celebrations. The majority of Geisel House is comprised of exterior and interior reception areas, including an intimate living room and dining room for meetings, exterior courtyards and coastal view patios for 100 guests and a reception hall for sit-down dinners for up to 60 people. These areas are to be supported by an enlarged commercial kitchen and accessible public restrooms. When the renovation is complete, once again Geisel House will host a variety of activities, from dinners to honor Nobel Laureates to alumni and advocate receptions to large events that celebrate student-athletes.

“The rehabilitation of Geisel House is a wonderful opportunity for the campus to celebrate UC San Diego’s heritage and the Native American cultural values of the site,” said Stiegler. “The project will encompass structural improvements and install 21st century amenities for the enjoyment of the chancellor and invited guests. For decades, this resource has served as an indispensable mainstay of the university’s community. With this renovation, it can continue to serve this purpose for future generations.”

In a recent letter to the UC Board of Regents in support for the renovation project, La Jolla Historical Society President Thomas Grunow wrote, “In the summer of 2008, UCSD invited the Society to be part of a dynamic community working group to come up with a plan to preserve and rehabilitate the house as a home for the UCSD chancellor, as well as making sure that the entire site be honored and respected as a place of important cultural value to the Kumeyaay people. During the last three years, UCSD has included representatives of the Society in the decision-making process on how the site would be preserved. The working group has worked tirelessly to ensure this project is done correctly and would be a resource not only to the UCSD chancellor but to the entire community.”

UC San Diego continues to work diligently to complete the Geisel House renovation project that meets the university’s needs, minimizes disturbances to the property, promotes sustainable redevelopment, integrates input from the community and respects and celebrates the cultural and historical significance of the site.