Tom Wong, a graduate student in physics and David Meyer, professor of mathematics at the University of California, San Diego, have proposed a new algorithm for quantum computing that will speed a particular type of problem. But swifter calculations would come at the cost of greater physical resources devoted to precise timekeeping, their analysis has determined. 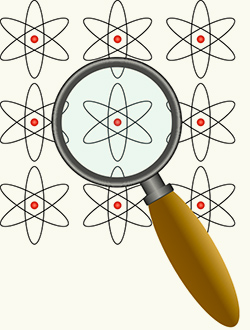 Their algorithm would be used to conduct a task called an unstructured search. The goal is to locate a particular item within an unsorted pile of data. Solving this problem on a classical computer, which uses 1s and 0s stored on magnetic media, is akin to flipping through a deck of cards, one by one, Wong said. Searching through a large data set could take a very long time.

Quantum computing, based on matter held in a quantum state, often for quite brief periods of time, takes advantage of an oddity of the quantum world in which a particle, like a photon or a boson, can exist in more than one state at once, a property called superposition. This would allow multiple possibilities to be considered simultaneously, though once measured, quantum objects will yeild a single answer.

The trick then, is to design algorithms so that wrong answers cancel out and correct answers accumulate. The nature of those algorithms depends on the medium in which information is stored.

Meyer and Wong considered a computer based on a state of matter called a Bose-Einstein condensate. These are atoms caught in an electromagnetic trap and chilled so cold that they “fall” into a shared lowest quantum state and act as one.

The equation usually used to describe quantum systems is linear, but the one that approximates the state of a Bose-Einstein condensate has a term that is cubed. In a paper published in the New Journal of Physics, they propose computing with this cubic equation which will more rapidly converge on the answer. For example, their algorithm can be made to search for a particular item among a million items in the same time it would take to search among ten items.

“It seems like we’re cheating somehow,” Wong said, exceeding the theoretical maximum speed, but on careful consideration of the resources required to accomplish this, he and Meyer determined that gains in speed would have physical costs.

Because the search is so sudden, timekeeping, which uses an atomic clock, would have to be very precise. This requirement sets a lower limit on the number of ions that make up the atomic clock.

The other resource is the computing medium itself, the Bose-Einstein condensate. “If we want to run this algorithm, we’re going to need a certain number of atoms,” Wong said. “This is how many atoms we need for this nonlinear equation to be valid, to be a correct approximation of the underlying quantum theory. That is new.”

Complete details for the mathematically inclined can be found in their paper, freely available to all here.

A patent on this novel approach to quantum computing is pending. Skip Cynar, scynar@ucsd.edu, in UC San Diego’s technology tranfer office can provide information about licensing.

This work was partially supported by Defense Advanced Research Projects Agency (DARPA) as part of the Quantum Entanglement Science and Technology program and the Air Force Office of Scientific Research as part of the Transformational Computing in Aerospace Science and Engineering Initiative.