17 individuals in U.S. recognized for major contributions to science 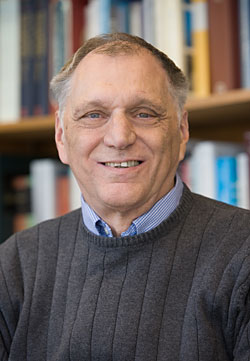 The National Academy of Sciences (NAS) will honor 17 individuals with awards in recognition of their extraordinary scientific achievements in a wide range of fields spanning the physical, biological, and social sciences. Among them is Larry R. Squire, PhD, Distinguished Professor of Psychiatry, Neurosciences, and Psychology at the University of California, San Diego School of Medicine, and research career scientist at VA Medical Center, San Diego.

Squire, a resident of Del Mar, California, is the recipient of the National Academy of Sciences Award for Scientific Reviewing.  A leader in the field of memory and foremost expert in the anatomical and functional basis of mammalian memory, Squire is honored for “his prolific and comprehensive reviews on memory research, for his seminal books that are standards in the field, and critical reviews of books on neuroscience.”

The prize of $10,000, presented this year in the field of neuroscience, recognizes excellence in scientific reviewing. The award is supported by Annual Reviews, the Institute for Scientific Information, and The Scientist in honor of J. Murray Luck.

Squire and 16 other NAS award recipients will be honored in a ceremony on Monday, April 30, during the National Academy of Sciences’ 149th annual meeting.

The National Academy of Sciences is a private, nonprofit institution that was established under a congressional charter signed by President Abraham Lincoln in 1863. It recognizes achievement in science by election to membership, and – along with the National Academy of Engineering, Institute of Medicine, and National Research Council – provides science, technology, and health policy advice to the federal government and other organizations.