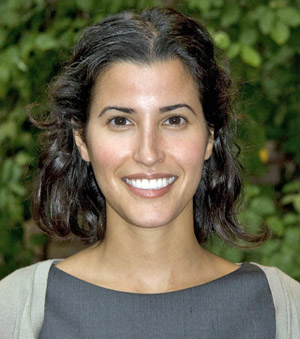 Inflammation is the hallmark of many human diseases, from infection to neurodegeneration.  The chemical balance within a tissue is disturbed, resulting in the accumulation of reactive oxygen species (ROS) such as hydrogen peroxide, which can cause oxidative stress and associated toxic effects.

Although some ROS are important in cell signaling and the body’s defense mechanisms, these chemicals also contribute to and are indicators of many diseases, including cardiovascular dysfunction.  A non-invasive way of detecting measurable, low levels of hydrogen peroxide and other ROS would provide a viable way to detect inflammation. Such a method would also provide a way to selectively deliver drugs to their targets.

Adah Almutairi, PhD, associate professor at the Skaggs School of Pharmacy and Pharmaceutical Sciences, the Department of NanoEngineering, and the Materials Science and Engineering Program at the University of California, San Diego, and colleagues have developed the first degradable polymer that is extremely sensitive to low but biologically relevant concentrations of hydrogen peroxide.

Their work is currently published in the online issue of the Journal of the American Chemical Society.

These polymeric capsules, or nanoparticles, are taken up by macrophages and neutrophils – immune system cells that rush to the site of inflammation. The nanoparticles then release their contents when they degrade in the presence of hydrogen peroxide produced by these cells.

“This is the first example of a biocompatible way to respond to oxidative stress and inflammation,” said Almutairi, director of the UC San Diego Laboratory of Bioresponsive Materials. “Because the capsules are tailored to biodegrade and release their cargo when encountering hydrogen peroxide, they may allow for targeted drug delivery to diseased tissue.”

Almutairi is looking to test this method in a model of atherosclerosis. “Cardiologists have long needed a non-invasive method to determine which patients are vulnerable to a heart attack caused by ruptured plaque in the arteries before the attack,” she said. “Since the most dangerous of plaques is inflamed, our system could provide a safe way to detect and treat this disease.”

This research was supported by the NIH Director’s New Innovator Award (1DP2OD006499-01) and a King Abdulaziz City for Science and Technology center grant to the Center of Excellence in Nanomedicine at UC San Diego.