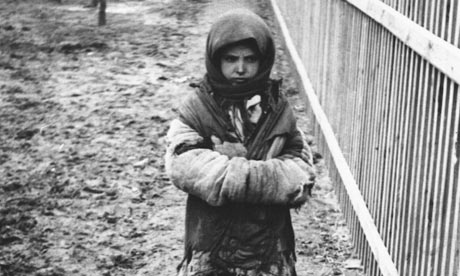 The UC San Diego Holocaust Living History Workshop (HLHW) launches a new series of events this winter, the “Witnessing History” series, focused on the topic of experiencing history in the making. HLWH, sponsored by the UC San Diego Libraries and the Judaic Studies Program, will host four “Witnessing History” events during winter quarter as part of the HLHW’s ongoing effort to broaden understanding of the past and to foster tolerance.  At the events, all of which are free and open to the public, attendees will have the opportunity to hear local Holocaust survivors share their stories and to learn about the Visual History Archive, the world’s largest database of Holocaust testimony. All events will be held in the Geisel Library’s Seuss Room, from 5 to 7 p.m., with the exception of the March 12 presentation, which will be held from 4 to 6 p.m.

The winter series kicks off on January 25 with a presentation by Andrew J. Viterbi. Viterbi was born in the Italian town of Bergamo in 1935. When life became increasingly difficult for Jews in Mussolini’s Italy, his family decided to emigrate to the United States. Starting out as a virtually penniless refugee who could barely speak English, Viterbi later rose to prominence as an electrical engineer. Viterbi, who taught electrical engineering at UC San Diego, invented the Viterbi algorithm and co-founded both Linkabit and San Diego-based telecom company, Qualcomm. By way of providing a contrast to his own remarkable life story, Viterbi will also recount the wartime experiences of his brother-in-law Al Finci, a Yugoslavian Jew who went into hiding and later escaped to Switzerland, as well as the experiences of the renowned writer and Auschwitz survivor Primo Levi, his cousin by marriage. UC San Diego Professor Deborah Hertz will provide a brief historical introduction to provide context for Viterbi’s narratives.

On February 15, Robert Nichols, M.D., MPH, will talk about his childhood as a refugee from Nazi Germany. The grandson of the anarchist Gustav Landauer—who was murdered by Bavarian counter-revolutionaries in 1919—and the poet Hedwig Lachmann, Nichols spent his early years in Berlin before being forced to flee to the United States. His father, the Russian-born physician Pavel Nikolaevich Peschkowsky, died a few years after the family’s arrival in the U.S., leaving his ailing wife to raise Robert and his brother, Mike, on her own. Nichols, who never returned to Germany, will talk about the difficulties and opportunities he encountered in starting a new life on another continent, and will also share stories and photographs of his family members.

March 7: Judge Norbert Ehrenfreund and the Ghosts of Nuremberg

The March 7 event features San Diego Judge Norbert Ehrenfreund, a witness to history in two senses. After graduating from the Missouri School of Journalism, Ehrenfreund joined the U.S. Army and took part in the Allied reconquest of Western Europe under General Patton. After the war, he covered the Nuremberg war crimes trials as a reporter for Stars and Stripes, the army newspaper. His experiences in Nuremberg ultimately resulted in Ehrenfreund’s extraordinary 2007 book, The Nuremberg Legacy, written from his dual perspectives as an eyewitness to history and a Superior Court judge. Ehrenfreund will be introduced by UC San Diego historian Patrick Patterson, who teaches a course on international law, war crimes, and genocide.

The HLHW winter series concludes on March 12, with a presentation by Yale University historian Timothy Snyder, the author of Bloodlands: Europe Between Hitler and Stalin. Since its release in 2010, his book has created a sensation in intellectual circles both in the U.S. and abroad. Bloodlands has been described as a new kind of European history, presenting the mass murders committed by the Nazi and Stalinist regimes as two aspects of a single history. Snyder will discuss the implications of his unified approach to 20th century European history and how it alters our understanding of Nazism and Stalinism. The talk and subsequent discussion will be moderated by Amelia Glaser, director of the Russian and Soviet Studies Program at UC San Diego.

The UC San Diego Libraries are one of only three university libraries on the West Coast to have access to the USC Shoah Foundation Institute Visual History Archive, founded by film maker Steven Spielberg to document the stories of Holocaust survivors for his movie, “Schindler’s List.”  In 1994, Spielberg established the Survivors of the Shoah Visual History Foundation, a non-profit organization, to collect and preserve more than 50,000 firsthand accounts of survivors and other witnesses of the Holocaust.  The foundation became the USC Shoah Foundation Institute for Visual History and Education in 2006. 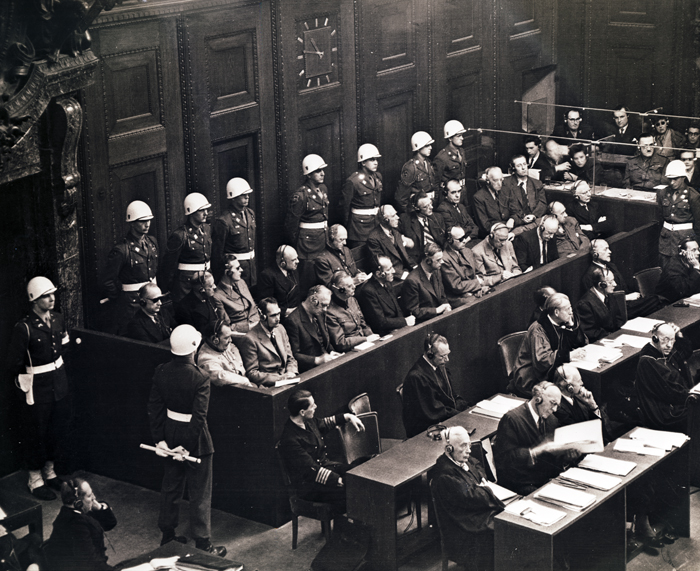 Launched in 2007, the HLHW aims to teach the history of the Holocaust through two methods of face-to-face contact, both with Holocaust survivors and their children and through the Visual History Archive.  Student volunteers have received special training on how to search through the testimonies in the massive Archive, and then teach survivors and their families—from multiple generations—how to use the database.  These families can then use the archive to conduct their own searches in order to learn about other people, and in some cases relatives, who had similar Holocaust experiences. Since its inception in 2007, more than 1000 people have attended HLHW presentations and events at UC San Diego.

The archive of 52,000 digital oral histories recorded by Holocaust survivors and other witnesses is the foundation for the HLHW, a program that has brought together UC San Diego students, San Diego holocaust survivors, and their children. The Workshop, which was established to expand the usefulness and the impact of the Archive, has proven to be a powerful tool for discovering family history and preserving memories for survivors, their families, and members of the community.

The Visual History Archive, which includes the testimonies of Holocaust survivors from 40,000 specific geographic locations in languages ranging from Bulgarian and Greek to Japanese and Spanish, can be accessed by members of the campus community and the public from any computer on the UC San Diego campus.

For more information about UC San Diego's Holocaust Living History Workshop, contact Susanne Hillman at hlhw@ucsd.edu or go to: http://libraries.ucsd.edu/hlhw. Training in the use of the Visual History Archive is available for individuals and groups upon appointment.

The UC San Diego Libraries, ranked among the top 20 public academic research libraries in the nation, play an integral role in advancing and supporting the university's research, teaching, patient care, and public service missions. The UC San Diego Libraries provide access to more than 7 million digital and print volumes, journals, and multimedia materials to meet the knowledge demands of scholars, students, and members of the public. Each day, the Libraries' vast resources and services are accessed more than 87,500 times via the UCSD Libraries' Web site.