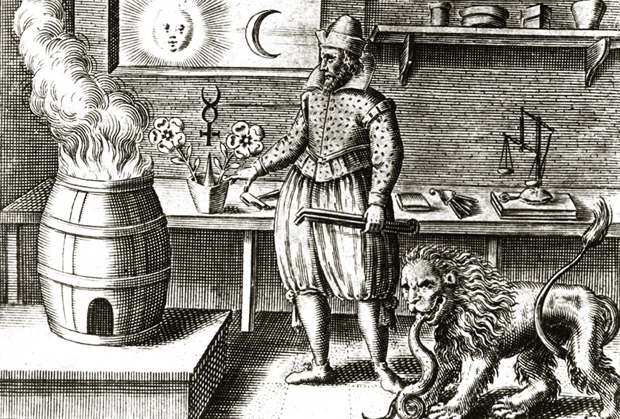 Illustration of an alchemy workshop - Courtesy National Library of Medicine

Although perceived as sheer fantasy by many, the magic depicted in the popular Harry Potter novels by author J.K. Rowling can be traced to Renaissance traditions that played a pivotal role in the development of modern science and medicine. The UC San Diego Libraries have been selected by the U.S. National Library of Medicine to host  “Harry Potter’s World: Renaissance Science, Magic, and Medicine,” a traveling exhibit that sheds light on the Renaissance traditions featured in the Harry Potter canon.

Making only its second appearance in California, the exhibit will be on display at Geisel Library from May 6 through June 16, 2012, and will be accompanied by a series of lectures by UC San Diego faculty members.  The exhibit, which includes materials from the National Library of Medicine’s collections, features six illustrated banners describing the practices, including alchemy, herbology, astrology, and natural philosophy, depicted in the magical world of wizardry created by Rowling. All events are free and open to the public. Please register for the lectures at: http://libguides.ucsd.edu/harrypotter

An opening reception for “Harry Potter’s World:  Renaissance Science, Magic, and Medicine” will take place in the Seuss Room in Geisel Library on May 10 from 3 to 5 p.m., and will feature Potter-themed refreshments and entertainment followed by a 4 p.m. talk by Seth Lerer, dean of Arts & Humanities at UC San Diego, on “Harry Potter and the Magic of Books.” Lerer, a distinguished professor of Literature and one of the world’s top scholars of Medieval and Renaissance studies and children’s literature, is the author of numerous articles and books, including the award-winning Children’s Literature: A Reader’s History from Aesop to Harry Potter and Inventing English: A Portable History of the Language. In addition, he is the editor of The Wind in the Willows: An Annotated Edition. 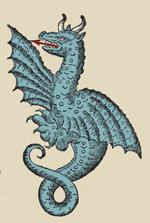 On May 17, from 12 to 1 pm, Dr. Henry Powell, a professor of pathology at the UC San Diego School of Medicine, will trace the development of medicine in "From Beliefs and Spells to the Scientific Method:  A Long, Slow Journey for the Art of Medicine."  Powell, a former chair of the UC San Diego Academic Senate, is a distinguished world authority on experimental neuropathology. The talk will take place in the Biomedical Library Events Room.

On May 24, from 12 to 1 pm, Literature Professor Stephen Potts will give a talk on "Harry Potter and the Secrets of Order: Knowledge and Power from Renaissance to Hogwarts."  Potts, who teaches classes on Harry Potter, young adult fiction, and children’s literature, will discuss the influence of the magical tradition on the scientific revolution and the ethical issues that arose as knowledge became a real power for change. The talk will take place in the Seuss Room.

On May 31, from 3 to 4 p.m., Professor Ronald Graham, one of the world’s best known mathematicians, computer theorists, and technology visionaries, will explain the math behind magic in his talk, “Juggling Mathematics and Magic,” in the Science & Engineering Library Events Room in the Geisel Library. Graham, who calls himself a “mathemagician” will explore the mystery of magic and the art of juggling and their surprising links to mathematical concepts. Graham is the Irwin and Joan Jacobs Professor of Computer Science and Engineering at the Jacobs School of Engineering and the co-author of Magical Mathematics: The Mathematical Ideas that Animate Great Magic Tricks. A skilled magician and juggler, Graham is the ex-president of the International Jugglers Association.

For more information and to register for the Harry Potter talks: http://libguides.ucsd.edu/harrypotter