Golden Age of Piracy to be Explored in Oct. 20 Talk at UCSD’s Geisel Library 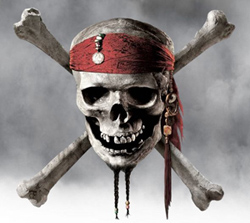 If the thought of pirates conjures up images of Captain Hook, forced plank-walkings, and bad boy pirate of the Caribbean Johnny Depp, it’s time to give pirates a more serious look. Contrary to popular stereotypes, pirates of the early modern period were more than rum-soaked villains of the sea. In fact, they were once an accepted and even welcomed class, and commonly purchased land, married local women, and even became members of the ruling elite in North American colonial communities.

UC San Diego Professor Mark Hanna, an assistant professor of History and an authority on the golden age of piracy, will present “Nest of Pirates: Piracy and the Formalization of the First British Empire,” from 1 to 2 p.m. on Thursday, October 20, in the Seuss Room in Geisel Library. The talk, which will include refreshments, is free and open to the public. At noon, UC San Diego’s carilloneur Scott Paulson will provide a musical prelude to Hanna’s lecture by playing pirate tunes on the Geisel Library carillon. 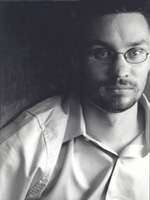 The Social Sciences and Humanities Library (SSHL), which is sponsoring the talk, has also mounted an exhibit, “Unburying Treasure: Pyrates at Geisel,” documenting and reflecting milestones in pirate culture and history and providing guidance on primary source materials, including digitized resources from the 17th through the 19th centuries. The exhibit also includes pirate songbooks, videos, records, books, and a rogue’s gallery of pirates.

“Pirates are often described in both popular culture and historical scholarship as removed from civilized society and rebellious toward social norms and hierarchies,” said Hanna. “Even though lawyers of the 17th century defined pirates as enemies of mankind, I hope my talk will shed light on how pirates often played a very different role during the first British Empire.”

According to Hanna, the Mandeville Special Collections Library’s Hill Collection of Pacific Voyages, includes most of the original texts that have shaped our understanding of the Golden Age of Piracy, including: Alexander Esqemeling's, Bucaniers of America (1684); Captain Charles Johnson's, A General History of the Pyrates (1724); William Dampier's, A New Voyage Round the World (1698); and Lionel Wafer's, A New Voyage and Description of the Isthmus of America (1699). 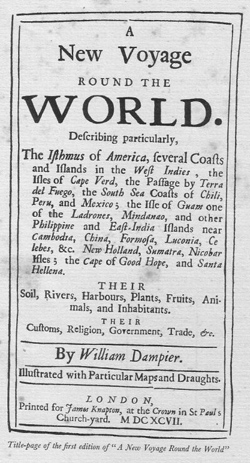 “All four of these texts heavily influenced the Pirates of the Caribbean movies,” said Hanna.

The Hill Collection of Pacific Voyages, which was donated to the UC San Diego Mandeville Special Collections Library in 1974 by Kenneth and Dorothy Hill, comprises more than 2,000 works dating from the 16th century to the mid-19th century, and is the most extensive gathering of publications that document early voyages of exploration and discovery to the Pacific.

Hanna, who received his Ph.D in History from Harvard University in 2006, completed his dissertation on “The Pirate Nests: The Impact of Piracy on Newport and Charles Town, 1670-1730.” His dissertation both challenges prevailing interpretations of piracy and uses the phenomenon of piracy to illuminate the history of early America in an Atlantic-focused world. Hanna also teaches a class, “The Golden Age of Piracy,” which “places pirates on center stage as a lens through which to study the massive transformations of the late 16th to the 19th century that marked the early phases of what is today called ‘globalization.’”