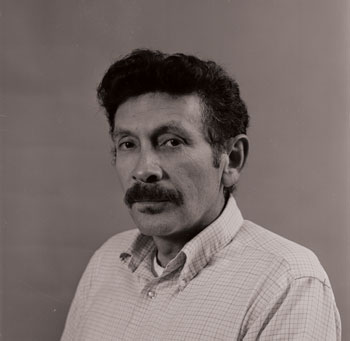 Stanley Eli Mills, a professor of biology at UC San Diego and one of its founding faculty members, died Friday, November 25 following a Thanksgiving evening automobile accident in San Diego. He was 89.

A scientific colleague of David Bonner, who established the biology department at UC San Diego, Mills came to UCSD’s Revelle College at Bonner’s request in 1960.

“That department was first located at Scripps Institution of Oceanography and Stanley couldn’t believe the good fortune of ending up in the place he considered one of the most beautiful on Earth,” said his former spouse Carol Hopkins.

A native of New York City, Mills received his bachelor's degree from City College of New York. He served in World War II as a Japanese interpreter in the Philippines.  As a young soldier he spent a year in Yale University’s intensive language program and, after the war, returned to Yale for postgraduate study.  In 1956, he received his doctorate from Yale in microbiology working in Bonner’s laboratory.  Mills did his postdoctoral research at Brandeis University and, after three years, joined the UCSD faculty.

“Stanley was both a passionate student and educator,” said Hopkins. “That passion for learning lasted a lifetime.  He learned new languages, took up the piano at 50, and then began to study the effect of nutrition on health and aging.”

Stuart Brody, an emeritus professor of biology at UCSD, said Mills was particularly passionate about providing educational opportunities for disadvantaged students in the San Diego community. Long before the university had a formal program to prepare underrepresented students for college, Mills formed a group of UCSD faculty who volunteered to do that and could often be found tutoring school kids on the campus in the evenings after his classes ended. “He had a big heart,” said Brody.

In 1970, Dr. Mills received one of the prestigious Danforth’s Foundation’s E. Harris Harbison Awards for Gifted Teaching.  The award honors teacher-scholars who “excel in the art of teaching, in the significance of their scholarly contributions, and in their concern for students as individuals.”  By the time he received this award, his Introduction to Biology class had become so popular that it required the largest lecture hall in the new Muir campus.  “Half Danny Kaye, half mad, wonderful scientist,” is how one student from that era describes him.  For many years he taught the popular UC San Diego Extension class “Stopping the Aging Process.”

“Stanley’s vitality was his own best advertisement for a curriculum that included the basis for a lifelong regimen of proper food, the right vitamins and minerals, exercise and weight control,” said Hopkins.

With his younger sister Barbara Green Kay, Mills collaborated in his last years of life to form a foundation in Israel, the P & S Philanthropic Foundation, to serve at risk students.  Based on his research, he developed a nutrition and exercise program that has served 100,000 children and is now providing pre-natal nutrition for expectant mothers. “Stanley believed in making the world a better place and spent his life doing just that,” said Kay.

Mills was also a major supporter of the Division of Biological Sciences and UC San Diego, providing monetary gifts to support research in biological and health sciences, such as the new UCSD Center for Chronobiology, and the UCSD Libraries.

He is survived by his sister Barbara Green Kay of West Palm Beach, Florida, nieces Susan Shulman of West Palm Beach, Florida and Nina Saslove of Aspen, Colorado, and nephew David Shulman of Greenwich, Connecticut.  Family and friends who wish to make donation to help establish the Stanley E. Mills Memorial Research Scholarship at UCSD should contact Michael Horvat in the Division of Biological Sciences at (858) 822-5738 or mhorvat@ucsd.edu