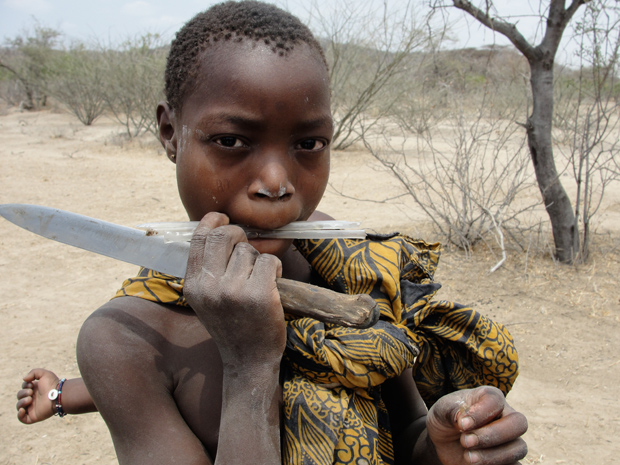 Ancient humans may not have had the luxury of updating their Facebook status, but social networks were nevertheless an essential component of their lives, a new study suggests.

The study’s findings describe elements of social network structures that may have been present early in human history, suggesting how our ancestors may have formed ties with both kin and non-kin based on shared attributes, including the tendency to cooperate. According to the paper, social networks likely contributed to the evolution of cooperation.

“The astonishing thing is that ancient human social networks so very much resemble what we see today,” said Nicholas Christakis, professor of medical sociology and medicine at Harvard Medical School and professor of sociology in the Harvard Faculty of Arts and Sciences, and senior author on the study. “From the time we were around campfires and had words floating through the air, to today when we have digital packets floating through the ether, we’ve made networks of basically the same kind.”

“We found that what modern people are doing with online social networks is what we've always done—not just before Facebook, but before agriculture,” said study co-author James Fowler, professor of political science and medical genetics at the University of California, San Diego, who, with Christakis, has authored a number of seminal studies of human social networks.

The findings will be published January 26 in Nature.

The natural world, red in tooth and claw, has a gentle side. While individuals compete fiercely to ensure the proliferation of their progeny, a few animals, including humans, also cooperate and act altruistically. Researchers have wondered if human social networks are a product of modern lifestyles, or if they could have emerged under the kind of conditions that our distant ancestors faced. This question has been challenging for classic evolutionary theory to explain neatly.

For cooperation to arise, an altruistic act, like sharing food with a non-relative, must have a net benefit for the sharers. Otherwise, purely self-serving individuals would outcompete and eventually replace the selfless. All theoretical explanations for the evolution of cooperation—kin selection, reciprocal altruism, group selection—rely on the existence of some system that allows cooperators to group together with other individuals who tend to share.

“If you can get cooperators to cluster together in social space, cooperation can evolve,” said Coren Apicella, a post-doctoral research fellow in Health Care Policy at Harvard Medical School and first author on the paper. “Social networks allow this to happen.”

While it is not possible to quiz our distant ancestors about their friendships or habits of sharing and collaborating, a team of researchers from Harvard Medical School, UC San Diego and the University of Cambridge have characterized the structure of social networks among the Hadza, an ethnic group in the Lake Eyasi region of Tanzania, one of the last surviving groups of hunter gathers. (There are less than 1,000 Hadza left who live in the traditional way).

The Hadza lifestyle predates the invention of agriculture. The Hadza eat a wide range of wild foods, foraging for tubers, nuts, and fruit and hunting a great variety of animals, including flamingos, shrews, and giraffes. Honey is one of their favorite foods, known by half dozen different names in Hadzane, their primary language. 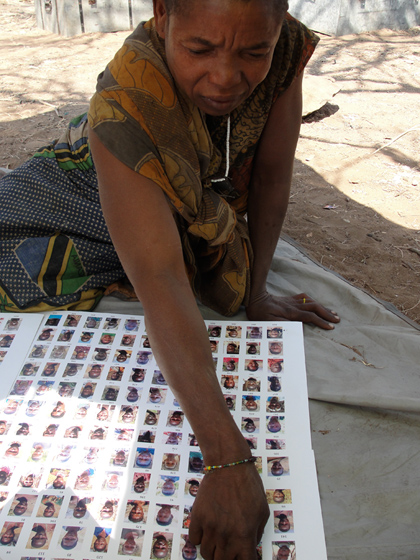 Apicella took the lead in collecting the data for the study, interviewing 205 adult Hadza over the course two months, measuring their tendency to cooperate and mapping their friendships.

Apicella, Fowler and Christakis designed the study and experiments, working with Frank Marlowe, lecturer in the Department of Archaeology and Anthropology of the University of Cambridge, and author of the only book-length ethnography on the Hadza in English.

Collecting the data was not easy. The nomadic Hadza roam over 4,000 rugged square kilometers. Apicella and her research assistants travelled the region by Land Cruiser battling mud-drenched trails—at one point forcing her and her colleagues to pave the ground with felled trees—and, on an earlier trip, even fleeing a horde of marauding elephants.

In order to construct a social network, Apicella and her colleagues took a dual approach.  First, they asked Hadza adults to identify individuals they would prefer to live with in their next encampment. Second, they gave each adult three straws of honey and were told they could give these straws as gifts to anyone in their camp. This generated 1,263 campmate ties and 426 gift ties.

In a separate activity, the researchers measured levels of cooperation by giving the Hadza additional honey straws that they could either keep for themselves or donate to the group.

When the networks were mapped and analysed, the researchers found that co-operators and non-cooperators formed distinct clusters.

The researchers also measured the connectedness of people with similar height, age, handgrip strength, etc., and other characteristics, such as food preference. They also analyzed the transitivity of friendship—the likelihood that one’s friends are friends with one another, and other network properties.

The structure and dynamics of the Hadza hunter-gatherer social networks were essentially indistinguishable from existing social network data drawn from modern communities.

“We turned the data over lots of different ways,” said Fowler. “We looked at over a dozen measures that social network analysts use to compare networks and pretty much, the Hadza are just like us."

“Human beings are unusual among species in the extent to which we form long-term, non-reproductive unions with other members of our species,” said Christakis. “In other words, not only do we have sex, but we also have friends.”

Previous work by Christakis and Fowler, who are coauthors of the book “Connected,” has shown that our experience of the world depends on where we find ourselves within social networks. Particular studies have found that networks influence a surprising variety of lifestyle and health factors, such as how prone you are to obesity, smoking cessation, and even happiness.

For the researchers, the Hadza offer strong new evidence that social networks are a truly ancient, perhaps integral part of the human story.

This research was funded by the National Institute on Aging and by the Science of Generosity Initiative of the University of Notre Dame.