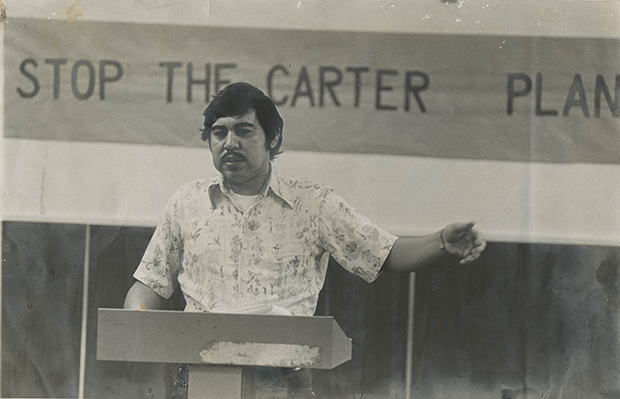 In 2004, the University of California, San Diego Libraries acquired one of the region’s most significant archives—the papers of Chicano activist Herman Baca— documenting the struggles and achievements of the Chicano Movement in San Diego from 1964 to 2006.  Thanks to a $56,000 grant from the National Historical Publications and Records Commission (NHPRC), the UC San Diego Libraries will now begin a two-year effort to digitize the 40,000-plus items—including correspondence, photographs, posters, slides, and audio interviews—contained in the Archive.

"Herman Baca has made an amazing contribution by documenting the Chicano Movement in San Diego and Southern California," said Marye Anne Fox, chancellor of UC San Diego. "Digitizing this collection will greatly increase the impact of his archive by making it available to all segments of the community, which will help us to strengthen our ties to the Chicano community while providing an important new resource for teachers, students, and scholars and citizens beyond the campus."

When the Baca collection was received in 2004, it became the UC San Diego Libraries’ first archival collection on Chicano activism. Since that time, the collection—which is housed in the Mandeville Special Collections Library— has grown to include the American Friends Service Committee United States-Mexico Border Program Records (1974-2004), and the Roberto Martinez Papers (1969-2009).

“We are thrilled to have received funding from NHPRC to digitize the Herman Baca Archive, a collection of such historical significance to the San Diego region,” said Brian E. C. Schottlaender, The Audrey Geisel University Librarian at UC San Diego.  “This grant will enable us to make this rich archive freely available and easily discoverable on the Internet in just a few years. In an increasingly digital world, one of our top goals is to make our collections as accessible as possible to our users and members of the public. This effort helps to advance that goal.” 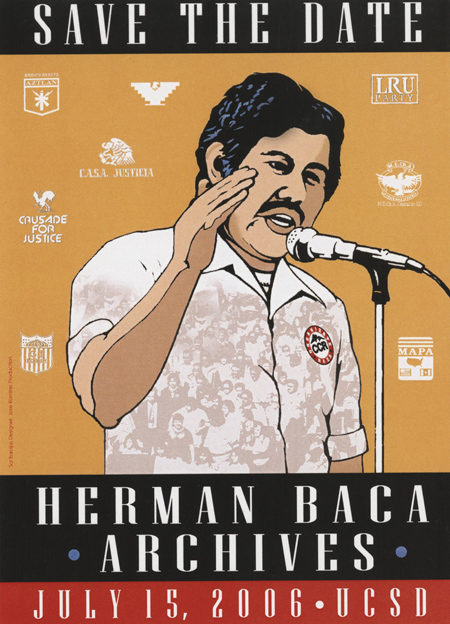 In the 1960s, Herman Baca, who grew up in National City, CA, became a prolific Chicano activist, political organizer, printer, and founder, as well as chairman, of the Committee on Chicano Rights (CCR).  Baca, who brought the emerging Chicano movement into local electoral politics through his work with the Mexican –American Political Association (MAPA), is known and admired for his community-based grassroots organizing in support of civil rights and political and judicial equality. In the 1970s, noting the lack of Chicanos represented by either the Republican or Democratic parties, Baca organized the San Diego County chapter of La Raza Unida Party, a national third-party effort to increase the number of registered voters and political candidates in the Chicano community.

According to Lynda Claassen, director of the UC San Diego Mandeville Special Collections Library, the Baca collection is used each quarter by students in many disciplines, including History, Anthropology, and Ethnic Studies. 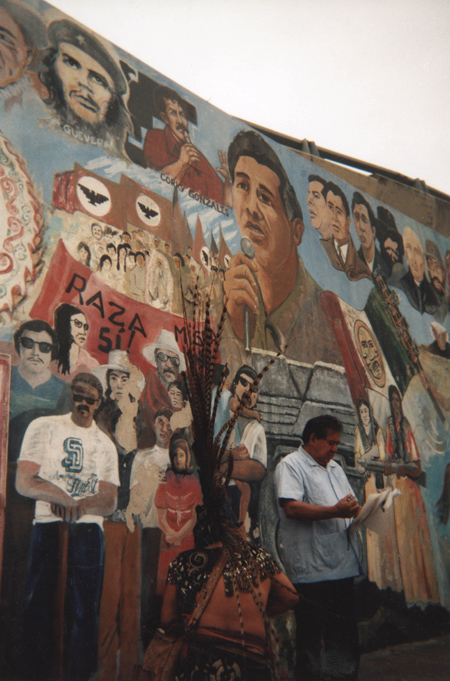 “A major benefit of digitizing the collection is that it will make it more accessible not only to these students, but also to the K-12 and regional Chicano communities, which have expressed great interest in incorporating materials from the Baca collection into lesson plans and teaching opportunities,” said Claassen.

The UC San Diego Mandeville Special Collections Library is an important historical resource for the San Diego community, with numerous collections covering the history of San Diego, California, Baja California, and significant Pacific voyages. In addition, the UC San Diego Archives and the Scripps Institution of Oceanography Archives house a wealth of rare and historic materials, including correspondence, photographs, maps, newspapers, and other archival items that trace the history and development of the University and the San Diego and border regions.