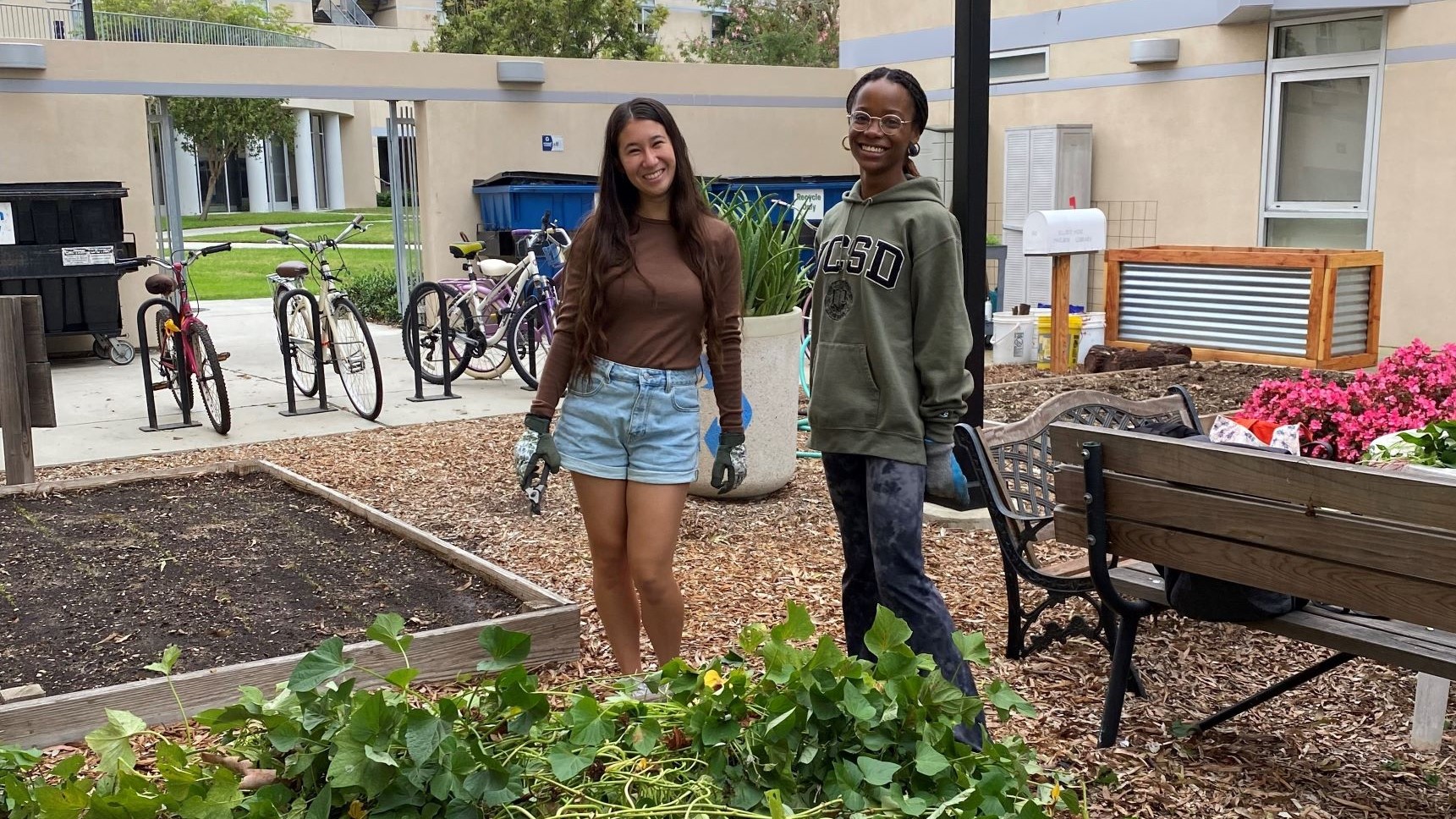 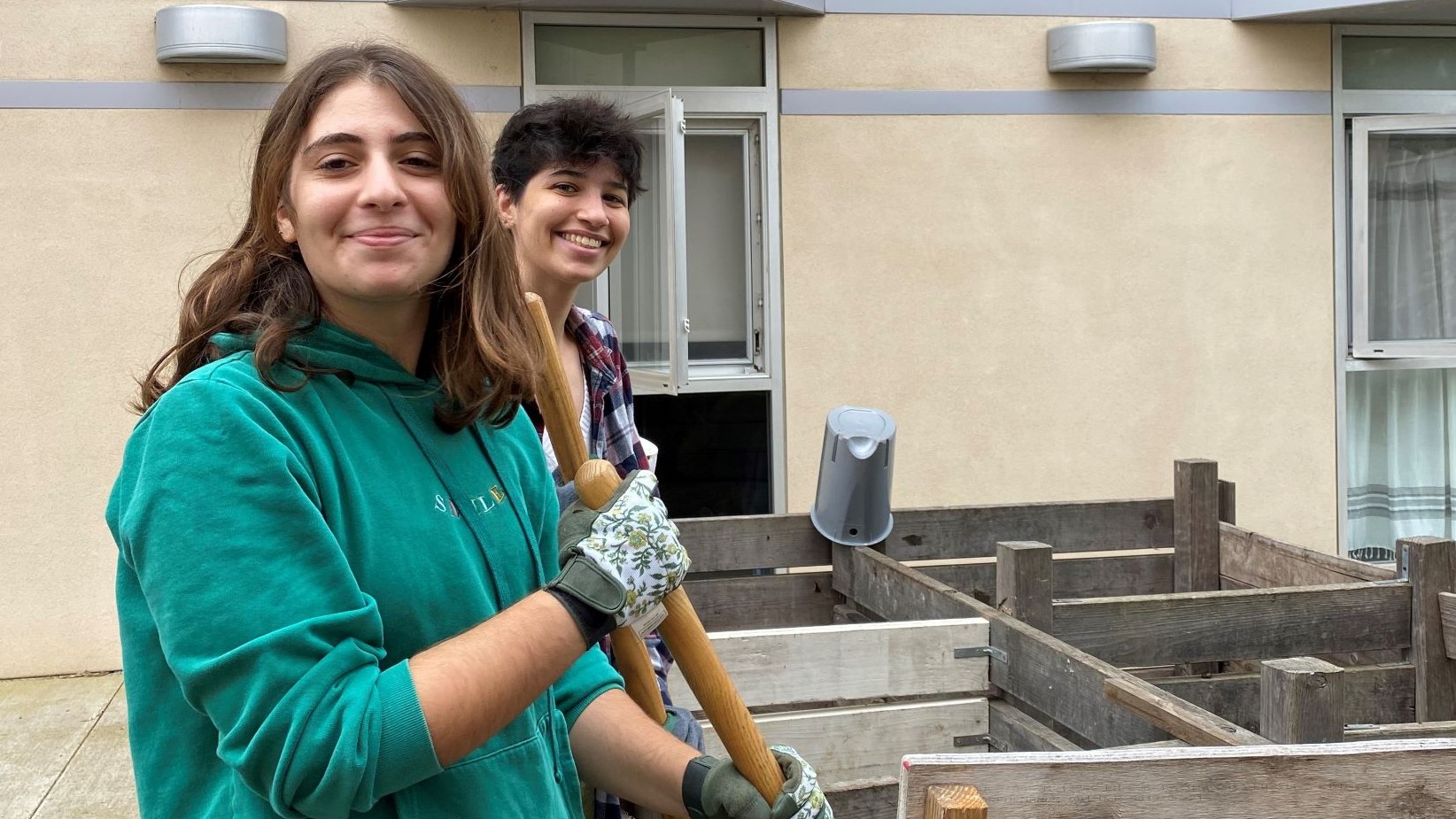 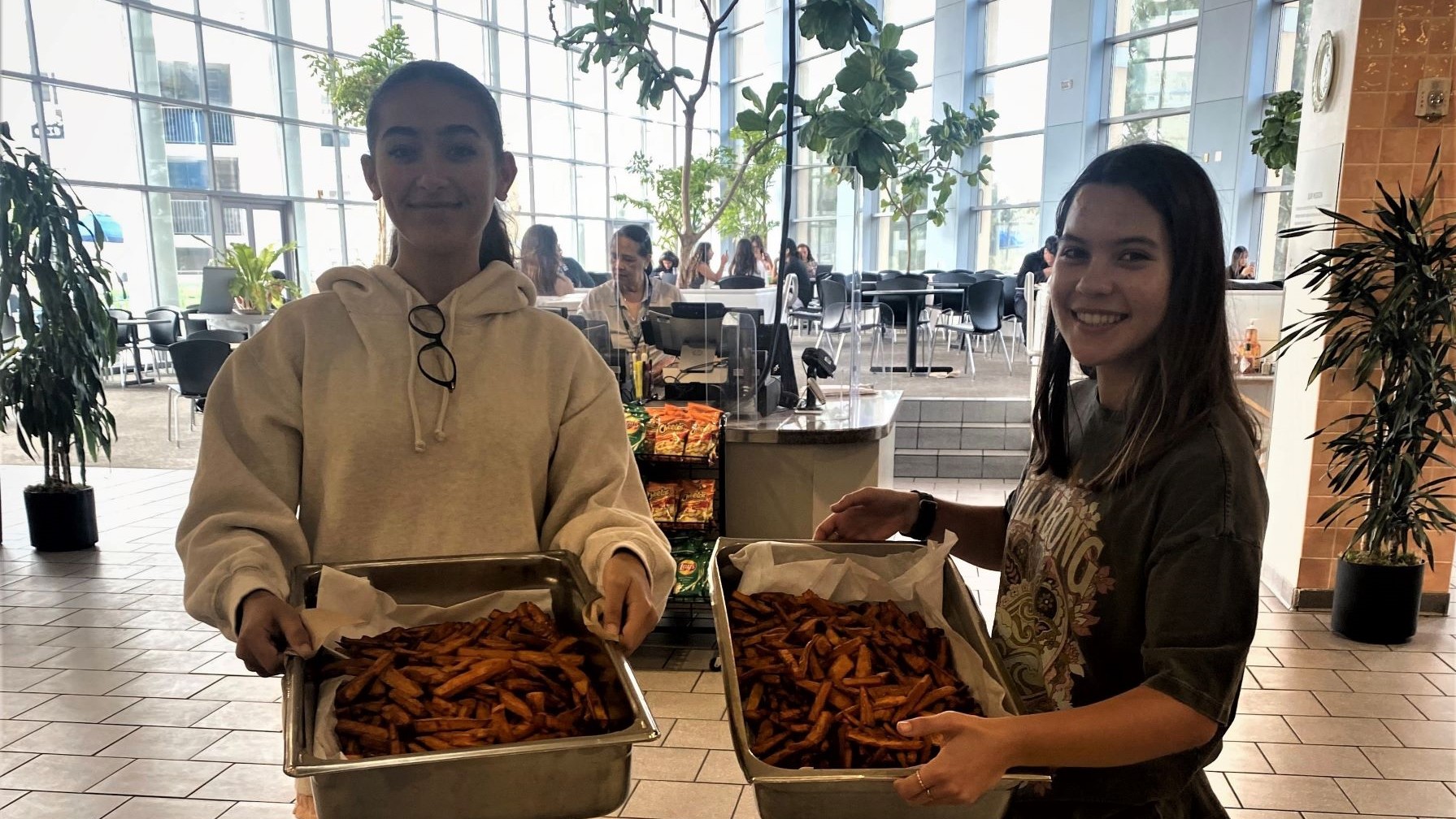 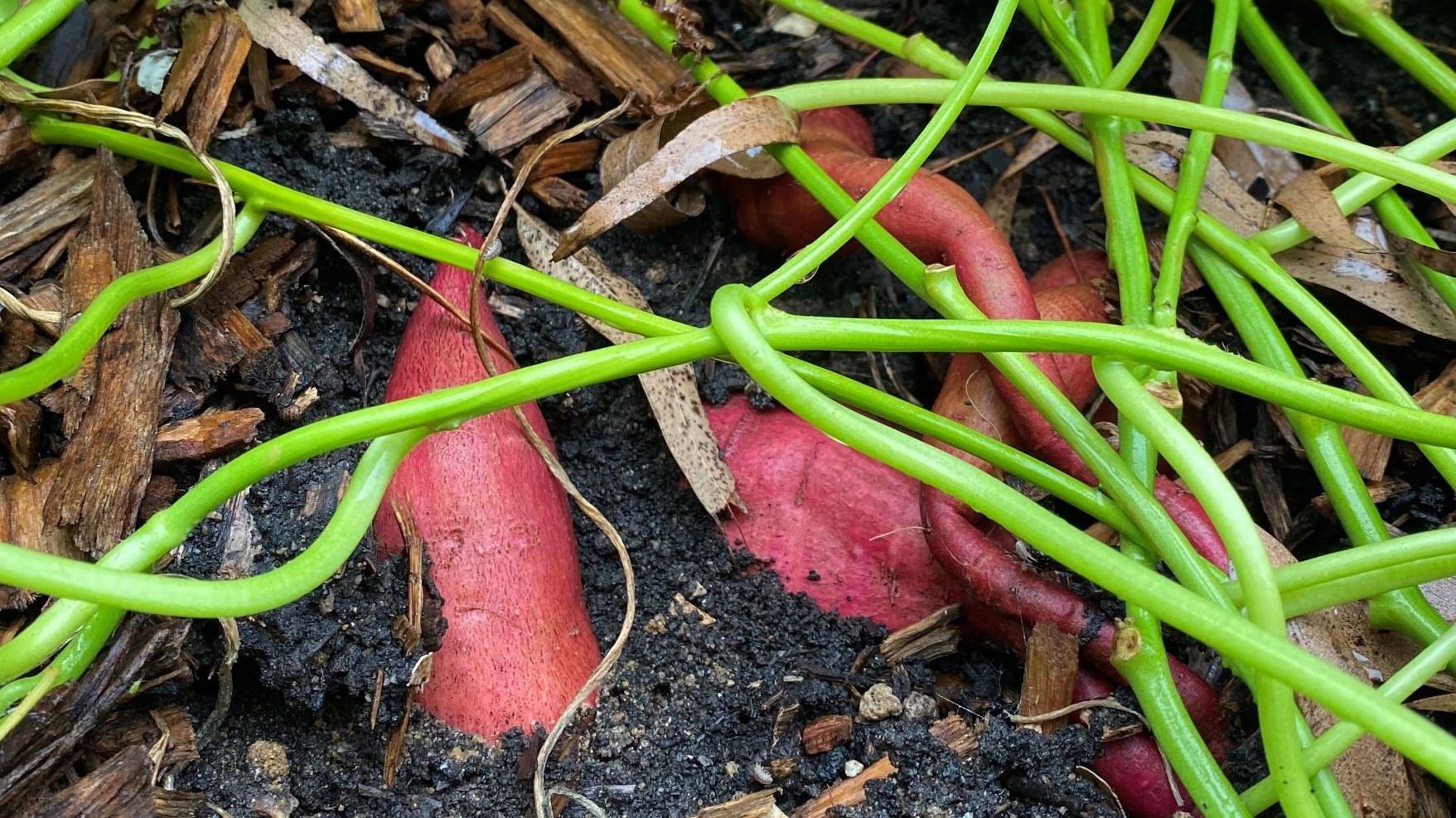 Ellie’s garden is a club that tends to three plots of land in Eleanor Roosevelt College yielding celery, carrots, parsley, broccoli, figs, guavas and sweet potatoes. They promote composting and growing food for health and sustainability.

The greens were cut and composted as part of UC San Diego’s zero waste efforts. There is also a new campus-wide paper towel composting program that will prevent the release of an estimated 390 tons of CO2e (carbon dioxide equivalent) into the atmosphere every year.

Café Ventanas helped with a celebration of the harvest, serving up some tasty sweet potato fries. These hyper-local, organic sweet potatoes grown in Ellie’s Garden were also featured in an African-inspired vegan sweet potato and peanut soup served at the Craft Center holiday craft fair as part of a charity fundraiser.

Have some fun and get your hands dirty! Ellie’s garden hosts gardening sessions between Africa and Asia halls on Wednesdays from 4-5 p.m. and Saturdays from 1:30-3:30 p.m. Learn about additional gardens, composting and more at https://sustain.ucsd.edu/involve/gardens.html

From Half Moon Meadow to Roger’s Community Garden, the UC San Diego campus features multiple gardens that build community while promoting education and the growth of local produce. Students cultivate organic vegetables, fruits, herbs and other plants on these patches, and connect with other campus programs in support of sustainable, healthy food. In the slideshow, follow a recent sweet potato harvest as it traveled from farm to fries to fundraiser.